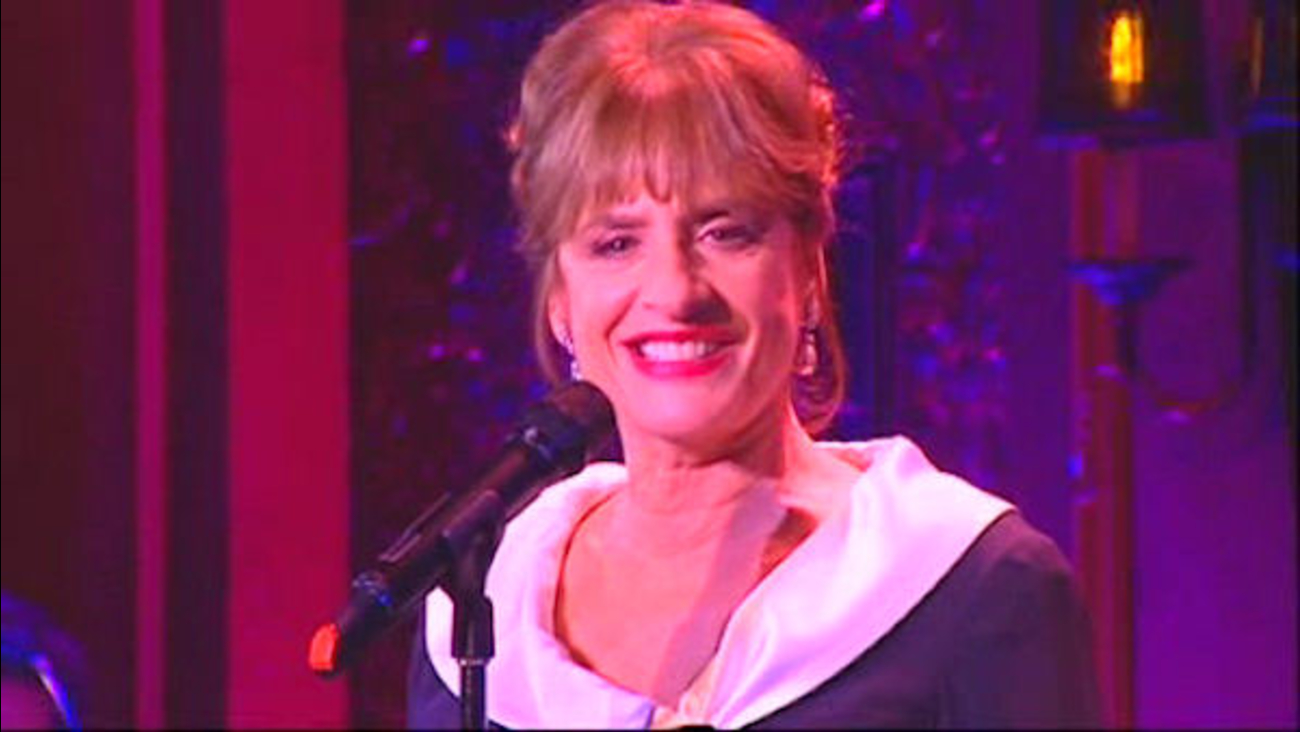 The Tony Award-winning actress has never been shy about confronting audience members whose phones go off or who have the gall to text during shows. But the rudeness never stops.

On Wednesday, LuPone endured the buzz of hearing aids improperly turned up and several ringing phones during the matinee of "Shows For Days" at Lincoln Center. That evening, she caught someone texting during the play and swiped the phone out of the patron's hand.

In between, she sat down with The Associated Press to talk about Douglas Carter Beane's loving look at a local community theater troupe in Pennsylvania. LuPone, who is married to cameraman Matt Johnston, plays a self-obsessed diva in the play at the Mitzi E. Newhouse Theatre.

AP: What's wrong with people? No matter how many warnings about phones needing to be shut off, they keep ringing.

LuPone: It threw me today. I went up on my lines. It generally doesn't throw me. But there was so much noise out there. I didn't know where it was coming from or why.

AP: This issue doesn't go away. I think I've only been to a handful of shows where a phone hasn't gone off.

LuPone: Why is it even on? I dare people to spend two hours without any electronic equipment.

AP: Some of the angriest people are not onstage - they're fellow audience members.

LuPone: I thought about saying something at the curtain call but then I'm preaching to the choir.

AP: OK, let's move on to this play, which smartly lampoons community theaters without drawing blood.

LuPone: I think laughter is the best medicine. And I don't think Doug was making fun. I didn't read it that way. Because I'm in the business, I've see histrionic people. It's their personality. It's what they choose to be. You just marvel at them. You accept them.

AP: Would you recommend young actors pay their dues at community theaters?

LuPone: It depends on the quality. You can also get messed up. You have to have good teachers in the very beginning of your desires. I had great teachers.

AP: That was on Long Island in Northport?

LuPone: Northport had a great music department and there was unbelievable support for those of us who were left-of-center. I grew up in the '50s and '60s so it was sports-oriented. But at Northport, the music department was equal to the sports department.

AP: You didn't do community theater. You studied at Juilliard and then started The Acting Company. Was your time in an acting troupe important?

LuPone: Extremely. You know, regardless of my status in this business, I am an ensemble player. That's how I was trained. And that's the best training an actor can get.

AP: Do you get a sense community theater is under threat?

LuPone: I can't imagine it's in peril. I really can't. People still want a human connection regardless of how digital we get.

AP: Are you channeling anyone in particular in your role?

LuPone: A little Marian Seldes. Just a couple of gestures. Marian was my champion at Juilliard. But I'm just reading these great lines.

AP: How has Broadway changed over the years?

LuPone: I'm not on the other side, but I think producers are chaffing a little bit at Hollywood taking over or Hollywood coming in and doing it their way as opposed to a time-honored tradition. First it was Wall Street. Now it's Hollywood. I just say, 'Go home.'

AP: Has some of the soul of Broadway been lost to the desire for cash?

LuPone: I don't know why anybody thinks they can make money in theater. A 'Wicked' comes along once every 10 years. Or 'Phantom.' You know what I mean? It's kind of a park now. It's not theater.

AP: You must have a special fondness for Lincoln Center, right?

AP: Is that the secret to staying together?

LuPone: It might be: Find a stage. Forget the chapel.