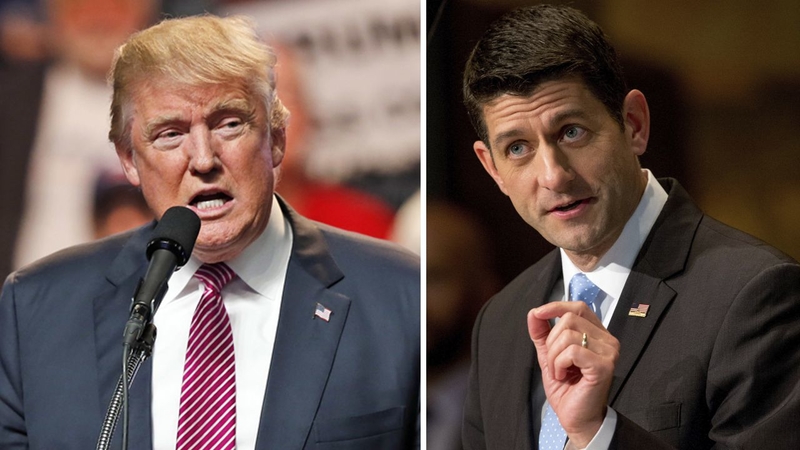 The Wisconsin Republican declared his support in a newspaper column published Thursday afternoon, and then posted confirmation on social media, saying "I'm confident he will help turn the House GOP's agenda into laws."

I'll be voting for @realDonaldTrump this fall. I'm confident he will help turn the House GOP's agenda into laws. https://t.co/LyaT16khJw

Ryan declared that his goal to "unite the party so we can win in the fall."

"It's no secret that he and I have our differences. I won't pretend otherwise," Ryan wrote. "And when I feel the need to, I'll continue to speak my mind. But the reality is, on the issues that make up our agenda, we have more common ground than disagreement."

Trump, Ryan said, "would help us turn the ideas in this agenda into laws to help improve people's lives. That's why I'll be voting for him this fall."

While Ryan did not explicitly say he was endorsing Trump, spokesman Brendan Buck wrote on Twitter that the column marked a formal endorsement.

Ryan shocked the political world last month by refusing to endorse Trump once the real estate mogul became the last major Republican presidential contender still in the race. The pair spoke privately in a series of Washington meetings last month and their campaigns have maintained contact.

The endorsement comes despite major differences on policy between the high-profile Republicans.

Ryan has embraced reforms to Medicare and Social Security as his signature policy fight on Capitol Hill. Most Republicans in Congress have followed Ryan's lead to reduce the cost of the popular programs that are contributing to the national debt.

Trump has repeatedly promised not to cut the popular programs, echoing a position more commonly adopted by Democrats.