Pearl Harbor Remembrance Day: A look back at December 7, 1941 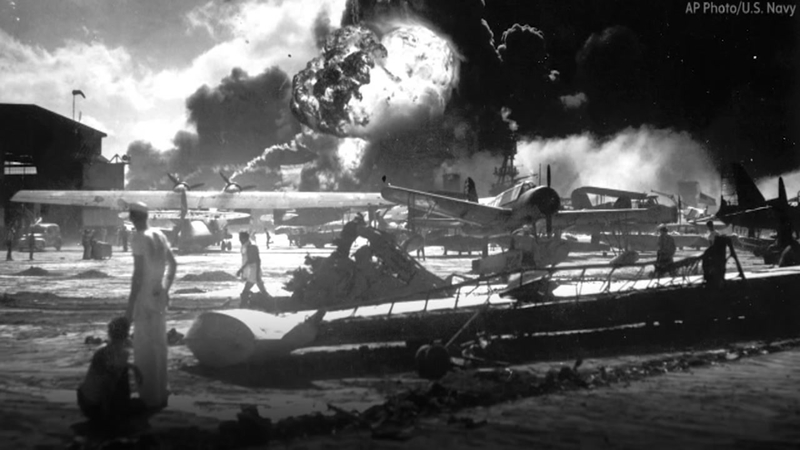 Eighty years ago, Pearl Harbor was attacked by Japanese forces, leaving over 3,400 casualties and pushing the U.S. to join the Allies in World War II.

Japan launched the surprise attack with airplanes and submarines on the American naval base at Pearl Harbor.

More than 2,400 Americans were killed and over 1,000 were wounded during the bombings. More than 300 aircraft and 19 Navy ships, including eight battleships, were damaged or destroyed.

Navy sailor Mickey Ganitch was getting ready to play in a Pearl Harbor football game as the day dawned on Dec. 7, 1941. Instead, he spent the morning scanning the sky as Japanese planes rained bombs on the U.S. Pacific Fleet.

The next day, the U.S. declared war against Japan. When asking Congress for a Declaration of War, President Franklin D. Roosevelt famously called the attack "a date which will live in infamy."