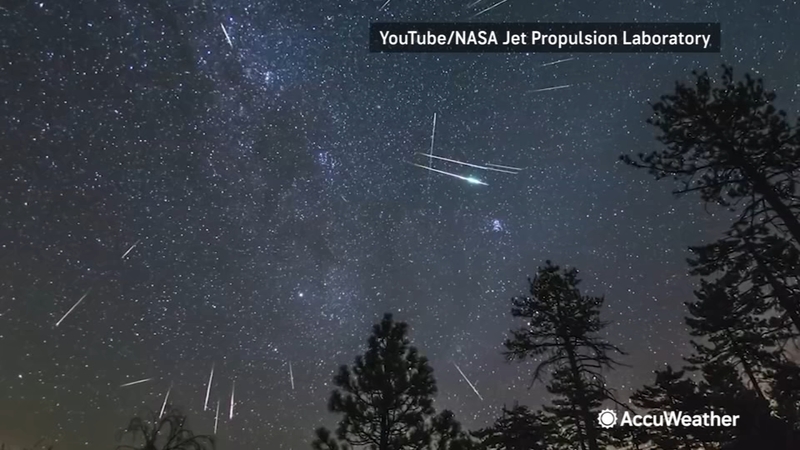 The Perseid meteor shower, which NASA considers one of the best of the year, will be visible in the U.S. this week.

The celestial show peaks in the Northern Hemisphere on the night of Thursday, Aug. 12 to Friday, Aug. 13. The Perseids are best viewed just before dawn.

Boasting 60 to 100 meteors per hour, it is one of the most popular meteor showers of the year. The Perseids are known for fireballs, "larger explosions of light and color that can persist longer than an average meteor streak," according to NASA.

The meteors are leftover particles from Comet 109P/Swift-Tuttle and bits from broken asteroids. Cometary material makes meteor streaks larger and brighter, according to NASA.

According to NASA, Italian astronomer Giovanni Schiaparelli discovered that this comet was the source of the Perseids in 1865.
The shower gets its name from Perseus the Hero, the constellation it appears to originate from.

How and when to watch:

The Perseids are best viewed during the pre-dawn hours, though at times, it is possible to view meteors from this shower just before midnight.

You don't need any special equipment: the naked eye is fine. Thankfully, the crescent moon won't outshine the show, so all you need is a wide-open sky.

The key to viewing a larger number of meteors is location. The darker the sky, the better you'll do.

The scientists at NASA calculated and put together meteor observation rates for different locations around the U.S. 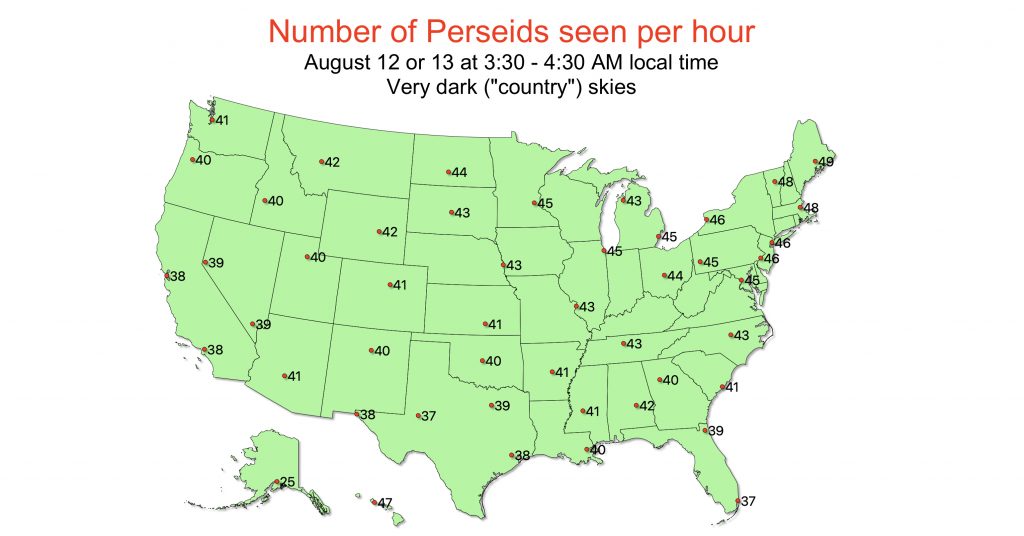 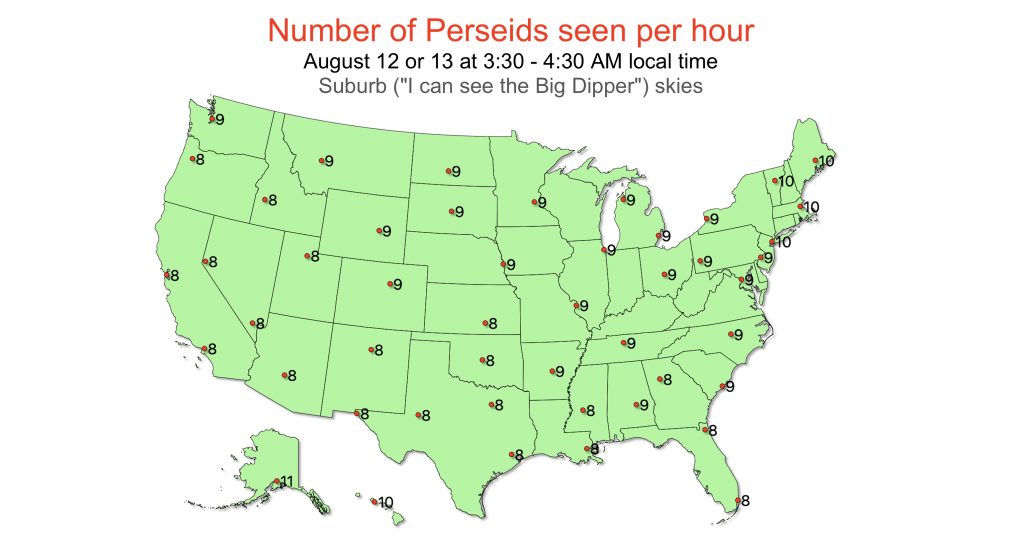 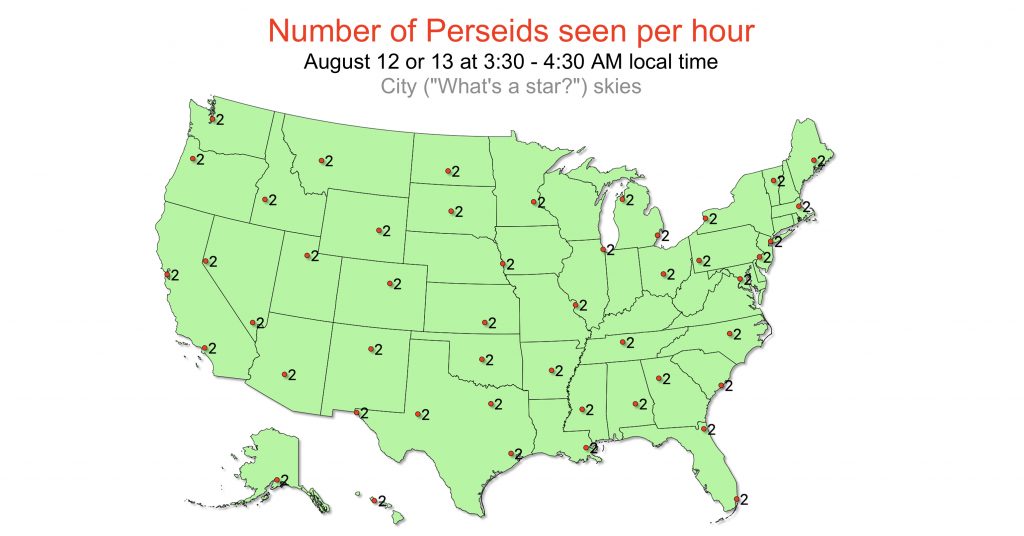