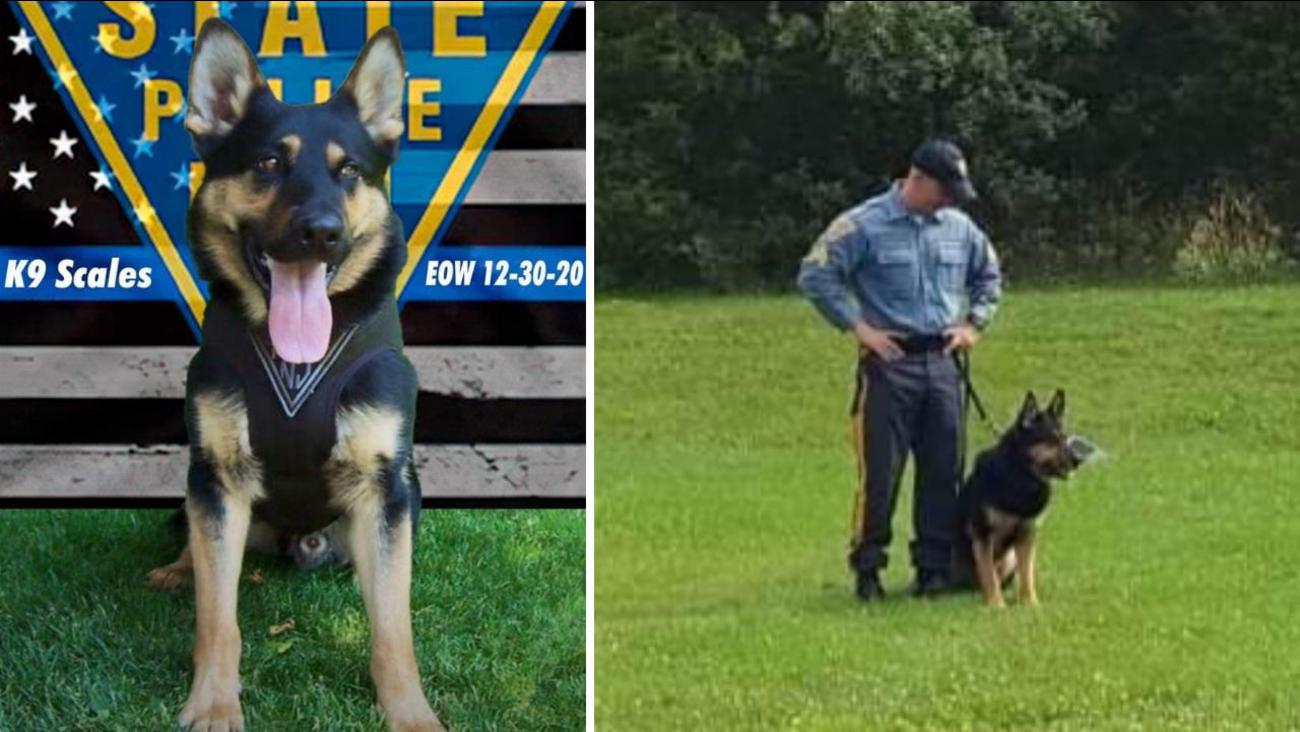 NEW JERSEY (WABC) -- New Jersey State Police announced the death of one of their K-9 officers that dedicated 10 years of service to the force.

K-9 Scales was put to rest on Dec. 30 due to health issues, police announced Thursday.

Officials said K-9 Scales served New Jersey from 2007 to 2017 and was the faithful partner of Sgt. Glenn Robertson.

K-9 Scales was a patrol and explosive protection dog that was used in hundreds of deployments. He was also a member of New Jersey's Detect and Render Safe Taskforce.

Robertson and Scales conducted sweeps for explosives at the Statehouse, state government buildings and sports and concerts at MetLife Stadium.

Patrick Dragon, one of the first Connecticut state troopers to respond to the 2012 Sandy Hook Massacre, has died of COVID-19.

Authorities say some career highlights include in 2012 when Robertson and Scales assisted in explosive sweeps at MetLife Stadium for the Talmud celebration sponsored by Agudath Israel of America, where approximately 100,000 people were in attendance, and in 2014, they played a vital role in conducting safety sweeps at Super Bowl XLVIII.

K-9 Scales also assisted the State Police and local agencies in tracking down numerous suspects on canine tracks and assisted with perimeter security in hundreds of fugitive investigations and search warrant executions.

K-9 Scales was named in honor of fallen Trooper I Christopher Scales, who was killed in the line of duty on December 3, 2002.