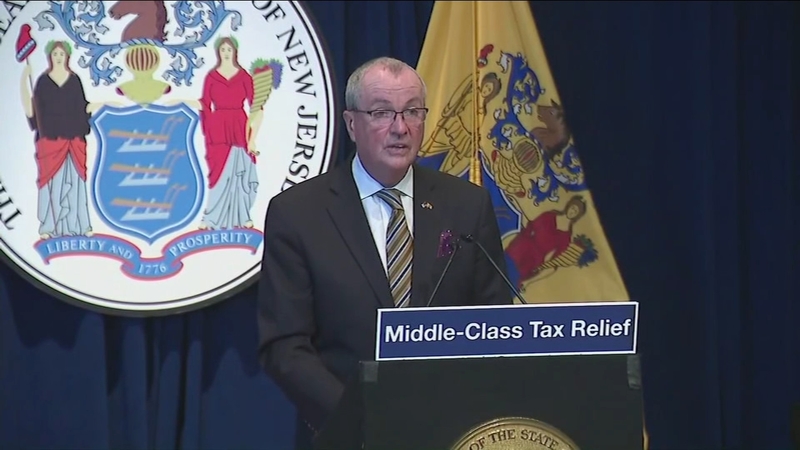 Taxes going up for the rich in NJ, but many families will get a break

NEW JERSEY (WABC) -- New Jersey Governor Phil Murphy is paying more in taxes than the value of most winning tickets in the state's Cash Five lottery.

According to a summary of his tax returns released by his office, Murphy paid about $1 million in state and federal taxes in 2019 on roughly $2.7 million in income.

RELATED | Taxes going up for the rich in New Jersey, but many families will get a break
EMBED More News Videos

Toni Yates has more on Governor Murphy's announcement on a millionaires tax and who it will benefit.

Murphy worked as an executive at Goldman Sachs before he served as Barack Obama's ambassador to Germany and made the lions share of his income from capital gains, according to two pages of his 1040 released by his office.

The first-term governor's effective tax rate amounted to about 37%.

That's roughly what it was in 2018, too, but higher than the roughly 33% he paid in the previous three years.

Murphy signed a budget this year that raises state income taxes on those making more than $1 million, saying the wealthy should pay more for services and programs.