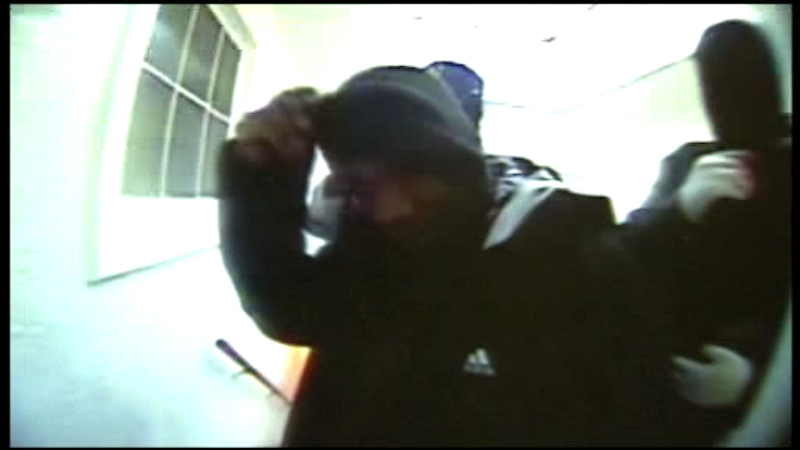 PELHAM, New York (WABC) -- Three masked men burst into an apartment in Westchester County and went on the attack.

There are stores on the street level and apartments upstairs on the 500 block of 5th Avenue in Pelham.

Police report the frightening home invasion happened upstairs and they are anxious to make an arrest.

This is the stuff of nightmares, only it wasn't a dream. Police report three armed men in masks and gloves broke into a second floor apartment Sunday night and terrorized the couple inside.

"There's no description, they had masks on," the victim said.

"Do you know why you were targeted?" Eyewitness News asked.

Eyewitness News spoke with the woman behind her door. According to authorities, the three intruders pistol-whipped the male victim, struck another victim, and then left without taking anything.

"We truly believe this is not a random act, this apartment was selected. The apartment itself known to us, but not known to have any illegal activity, so to us we are very curious about this," said Det. John Hynes, Pelham Police Department.

A next-door neighbor, who did not want to be identified, says she was about to go out when she saw the three men come up the stairs. It was a chilling sight that caused her to run back into her apartment.

As for the man who was pistol-whipped, we're told he was taken to the hospital and given stitches.

Detectives believe at least two of the men were armed. When the woman started screaming, the men took off.