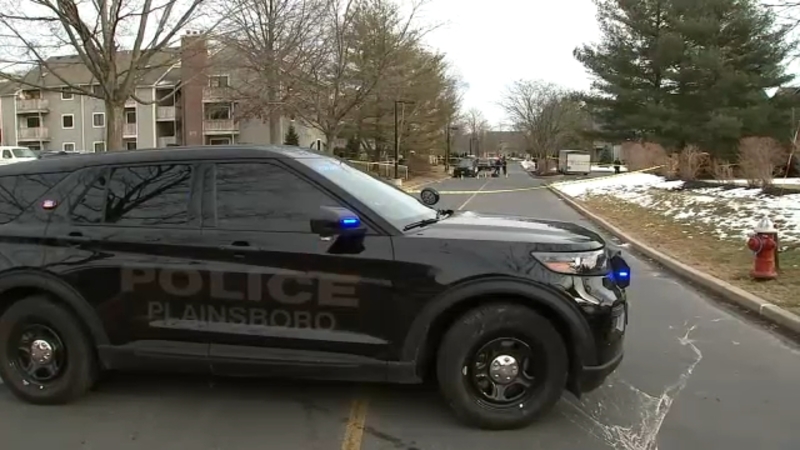 According to a preliminary investigation, the shooting happened shortly after 11:30 a.m. along Ravens Crest Drive at the Crest at Princeton Meadows Apartment Complex in Plainsboro.

Articles of clothing littered the ground surrounding a Plainsboro police patrol car next to a pool of blood.

"We saw that shooting happen and we were really scared actually," one witness said.

According to the investigation by the New Jersey Attorney General's Office, police officers were outside a residence when they encountered a man.
EMBED More News Videos

Darla Miles has the lastest on a police shooting that happened before noon along Ravens Crest Drive at the Crest at Princeton Meadows Apartment Complex.

They say one officer fired his weapon during the incident, killing the man.


"They were like 20 to 30 cops like, surrounding the guy," eyewitness Janardhan Chejarla said. "And then the guy ran back again, and then the guy like ran back. And within two minutes they him."
Officials say a knife was recovered near the man who was killed.

He was taken to Princeton Hospital, where he was pronounced dead.

Investigators were spotted going in and out of a unit, believed to be associated with the shooting suspect.


"I've seen him in the development a bunch of times, washing his car, walking around," eyewitness Chris Spano said. "Never had a conversation with him but seeing him a bunch of times."