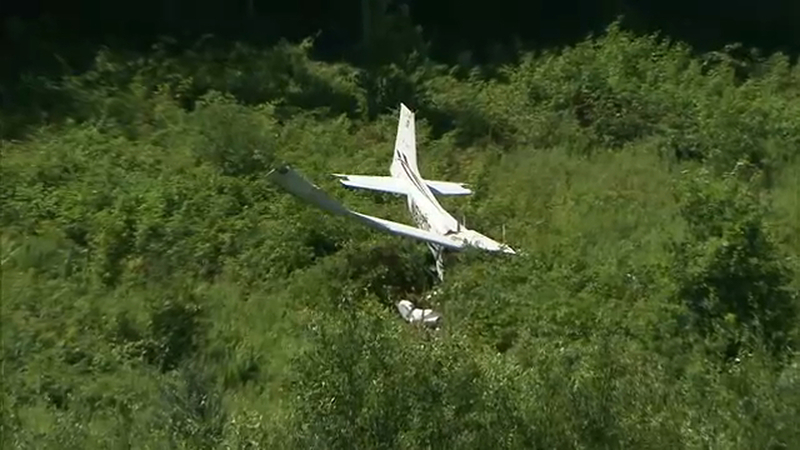 The Cessna 172S crashed after departure from Runway 26 at Danbury Municipal Airport at 10:25 a.m.

The Danbury Fire Department says one person was critically injured, another was seriously hurt, and the third sustained minor injuries.

The Hartford Courant reports that the plane crashed in a field on Miry Brook Road near the city's dog park.

Responders had to blaze a trail to the aircraft then extricate the victims and bring them down the trail they created.

Mayor Mark Boughton said the city is awaiting the Federal Aviation Administration and that the dog park will remain closed.

There is no word yet on where the plane was headed.

The FAA will investigate and the NTSB will determine the cause of the accident.