A stolen vehicle suspect who led police on a lengthy chase across Los Angeles and Orange counties before the truck caught fire on the 91 Freeway was taken into custody in the Bellflower area Tuesday morning.

LOS ANGELES -- Flames could be seen shooting from underneath a U-Haul truck during a police chase on Tuesday morning in the Los Angeles region.

The pursuit began in the area of Buena Park, California just before 5 a.m. PT, according to police.

The driver in the U-Haul, which is believed to have been stolen, was traveling at relatively slow speeds on several freeways.

The truck, which authorities say was being driven by a single male occupant, was hauling a small trailer. Helicopter video captured the trailer sparking on the ground as speeds began to pick up.

The pursuit continued into Orange County, where it appeared authorities deployed a spike strip in the Anaheim area.

Soon after, sparks began to fly from the tires, with the front tires flattened.

Smoke began to rise from the front tires as the suspect continued to drive on the truck's rims. Speeds dropped to around 10 mph as the front passenger's side front tire began completely engulfed in flames.

The suspect then fled on foot.

Aerial shots showed the U-Haul's cab engulfed in flames on Bellflower Boulevard in the area of Downey, California while officers searched for the suspect in a residential area.

The suspect was taken into custody a short time later. 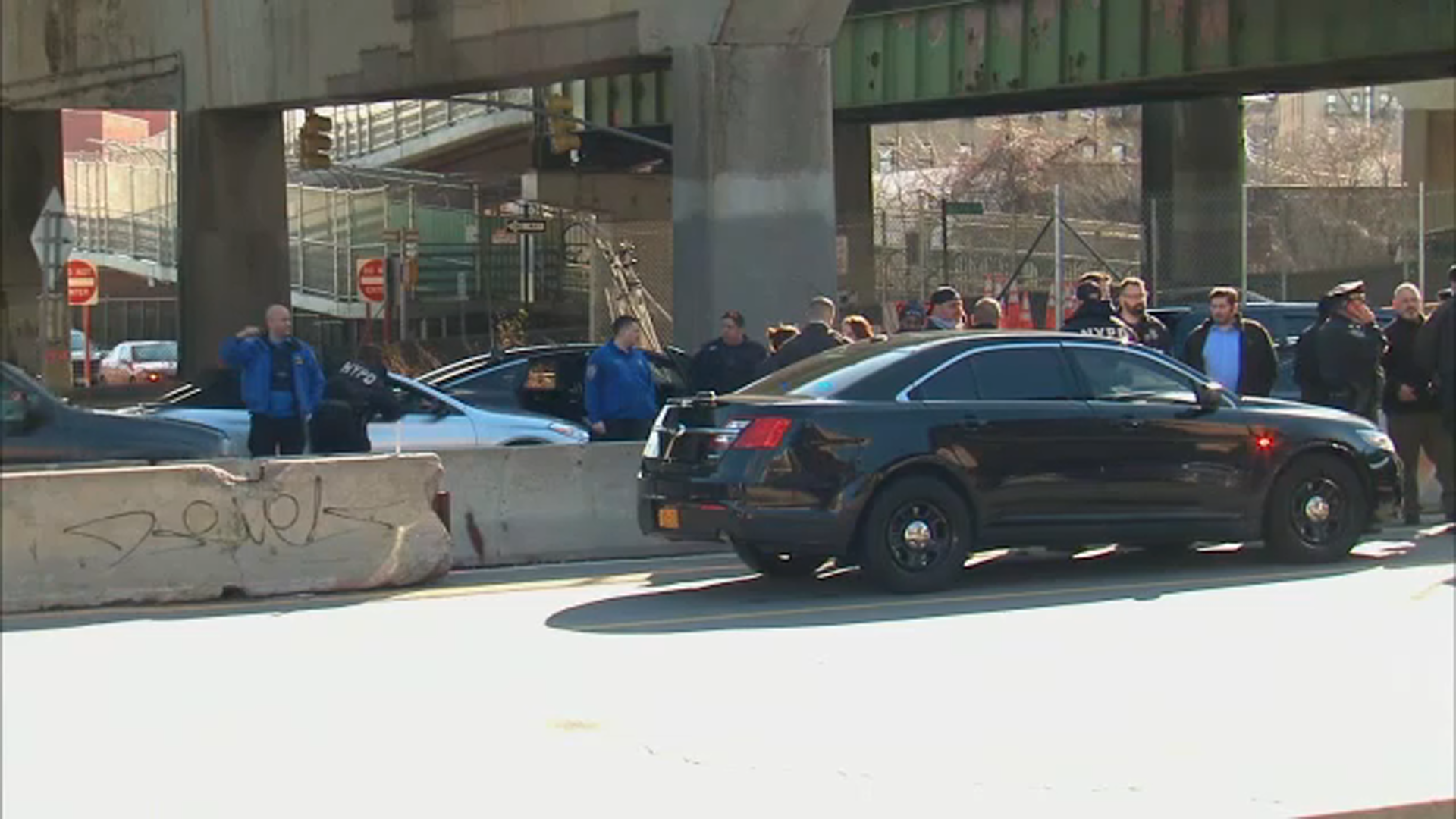 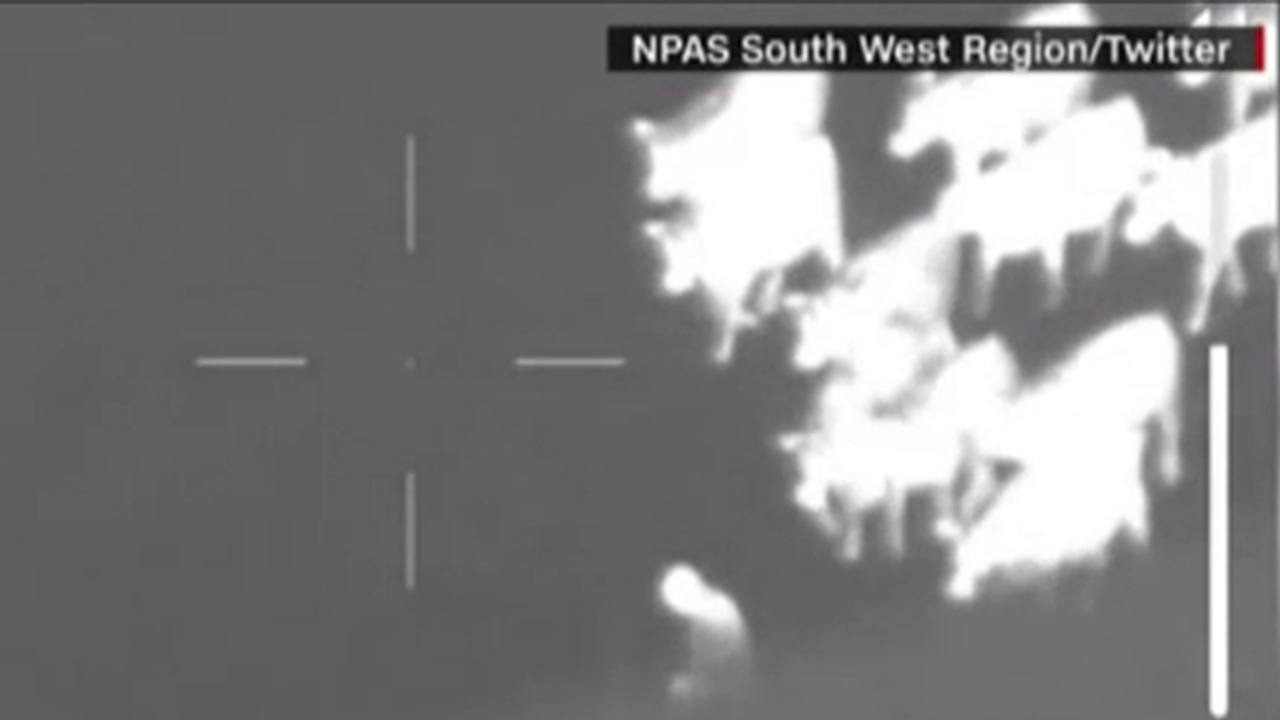 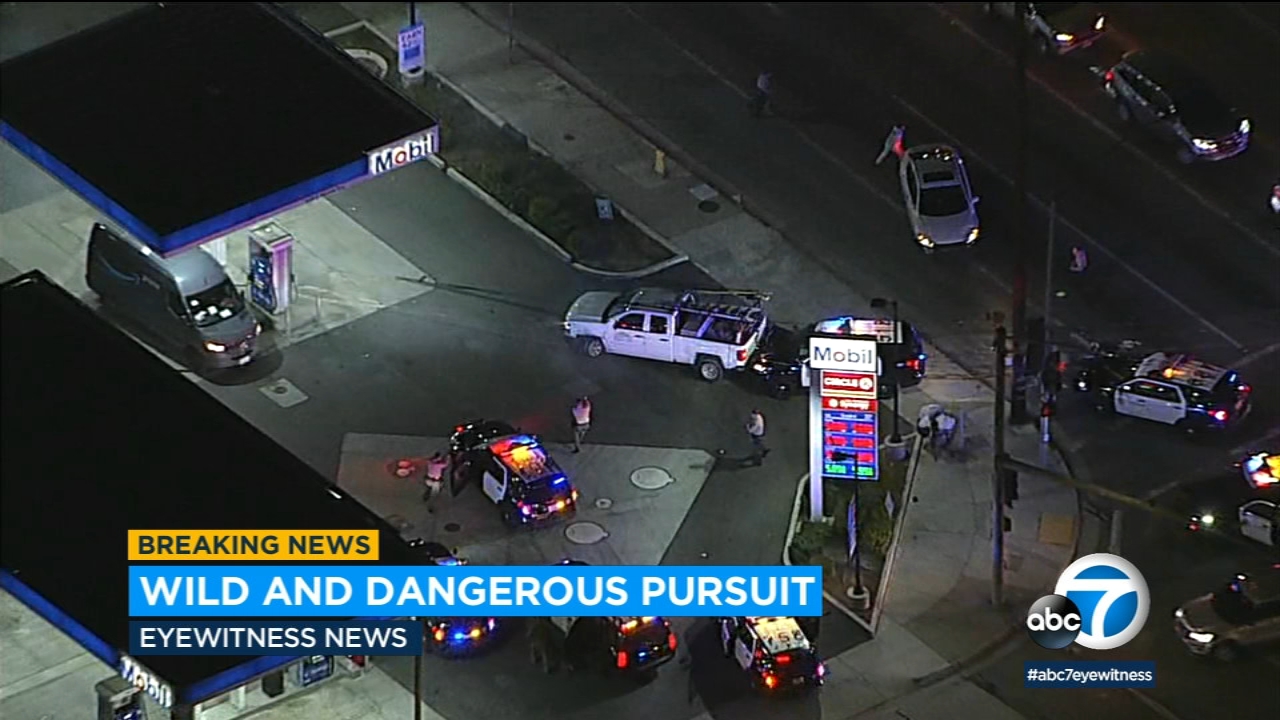