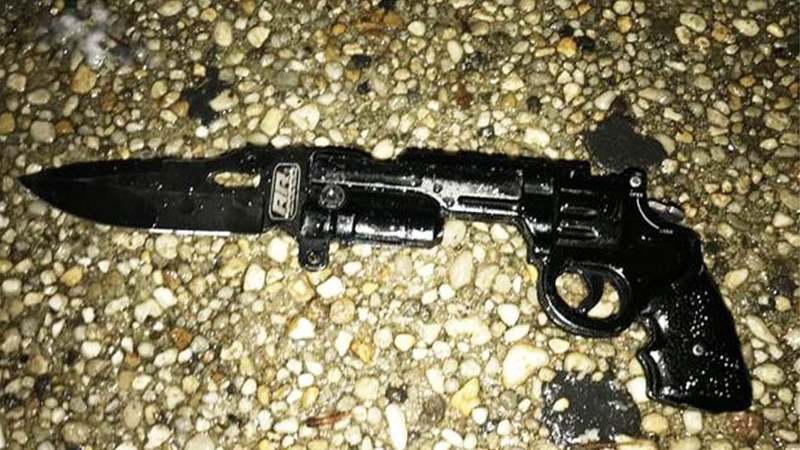 BRONX, New York -- Early Saturday morning, police responded to a 911 call for a person armed with a firearm.

Police say the 911 caller was walking along East 167th Street and Grant Avenue in the Bronx, when they were approached by a male who pointed a firearm at them.

Cops responded to the location and observed a male matching the description by the 911 caller near East 167th Street, between Findlay Avenue and Clay Avenue.

The NYPD approached the male who was allegedly holding a weapon in his hand.

The officers say they ordered the suspect to show them his hands, when he pointed the weapon towards the officers.

The two cops discharged their firearms, striking the suspect in the torso, police say.

Police immediately requested an ambulance to the scene.

EMS responded and transported the suspect to an area hospital, where he is listed in critical condition.

The officers were also transported to an area hospital for evaluation.

The NYPD says they recovered an imitation firearm at the scene. This incident was captured on the officers' body-worn cameras and the investigation is ongoing by the NYPD's Force Investigation Division.