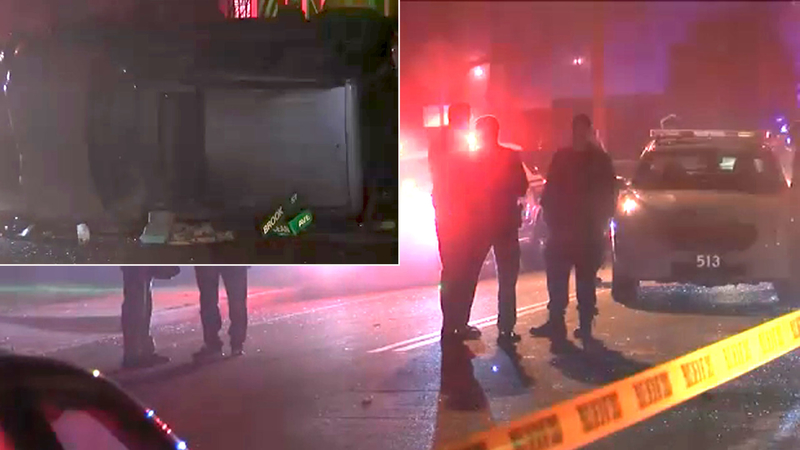 Police say 25-year-old Jonathan Nunez, of Centereach, was driving erratically with no headlights on South Ocean Avenue in Patchogue when an officer activated his overhead lights in an attempt to pull over the vehicle.

Nunez's car then crashed into another vehicle at the intersection of South Ocean Avenue and Brook Street.

According to authorities, Nunez exited his vehicle following the crash, failed to comply with the officer's commands and engaged in a physical altercation with the officer in the yard of a home.

During the altercation, police say Nunez stabbed the officer in the leg.

A man has been arrested for allegedly stabbing a uniformed police officer following a motor vehicle crash on Long Island.

The officer was transported to Long Island Community Hospital in East Patchogue and then transferred to Stony Brook University Hospital where he underwent emergency surgery for a ruptured artery and is listed in critical condition.

Nunez was charged with aggravated assault upon a police officer, driving while intoxicated and resisting arrest. He was admitted to Long Island Community Hospital in East Patchogue and will be arraigned at a later date.

The other driver involved in the crash was transported to Stony Brook University Hospital for treatment of non-life-threatening injuries.

:"Officer Racioppo was critically injured last evening during a foot pursuit of a suspect in Patchogue. At the scene, fellow Suffolk County Police Officers applied a successful tourniquet, preventing further blood loss, and transported him to the hospital. We extend our thoughts to Officer Racioppo and ask all Suffolk County residents to keep him and his family in their prayers as the circumstances remain critical. This incident reaffirms the dangers faced by Suffolk Police every time they report for duty."