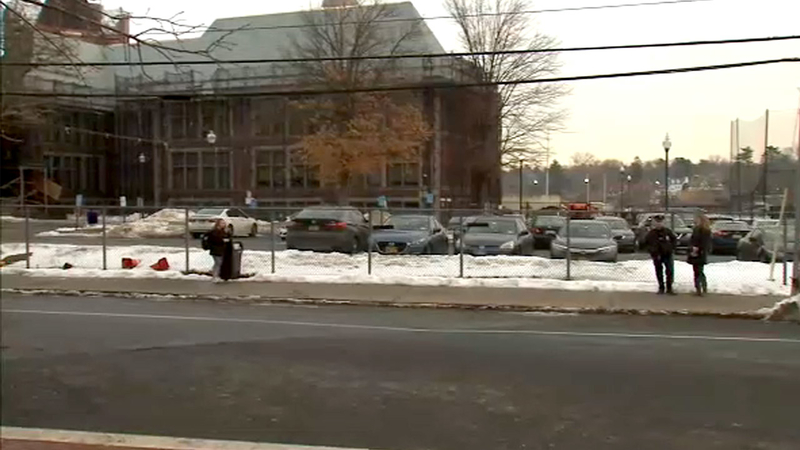 NEW ROCHELLE, Westchester County (WABC) -- A 16-year-old boy was stabbed by another student inside New Rochelle High School on Thursday morning, the third violent incident in the past eight days involving students from the school.

New Rochelle police say they were called by the high school's security just before 9 a.m. The 15-year-old suspect was last seen on video leaving the building.

The school issued a "hold in place" for students until police arrived. The children were then released to their parents in waves by security.

Once at the school, officers and EMS found the victim with two stab wounds to his left torso. He was rushed to a local hospital, and his injuries do not appear to be life threatening.

The school released the following statement:

"Access to New Rochelle High School is being tightly controlled today following a stabbing incident in the school this morning. Immediately after the incident, while one student involved was sought, the school was placed in a hold-in-place mode and the New Rochelle Police Department was notified. In a hold-in-place, students must remain in the class or room they are in, but classes continue. The school moved to a lockout protocol after the student was seen on security video leaving the building. The lockout was later modified to tight controls on access so that positively identified individuals with legitimate business can exit and enter. The victim received immediate medical attention and was transported in stable condition to an area hospital. We are working closely with the Police Department in investigating the incident.
Security at the school has been increased in the school since last week's incident. Police are present at the school building today to assist with maintaining safety."

Many parents are concerned about the growing number of recent violent incidents.

On January 10, 16-year-old Valeree Schwab was stabbed to death at a Dunkin' Donuts about a half a mile from the school. The alleged attacker, 16-year-old Z'Inah Brown, appeared in court Wednesday.

Also on Wednesday, New Rochelle police responded to nearby restaurant where a group of teens apparently attacked a 15-year-old student.

"My concern is the safety for the kids and the people who work here. and the entire community," parent Erica Christ said. "It's stressful and very upsetting for all of us."

Police say Thursday's stabbing may be connected to the restaurant attack, and it is believed the person who was jumped in that incident is the stabbing suspect.

"I don't know what's happening to the school, it never used to be this way," one student said. "It was just old, boring, regular New Rochelle. I liked it that way. Now, the school is a mess right now."

As a result, district officials say uniformed security will maintain a presence in the school and on access roads to the school. Additionally, access to the school will be extremely limited.

"I want to take my daughter out of the school and home-school her," parent Helen Pappas said. "This is crazy. I've never seen anything like this."