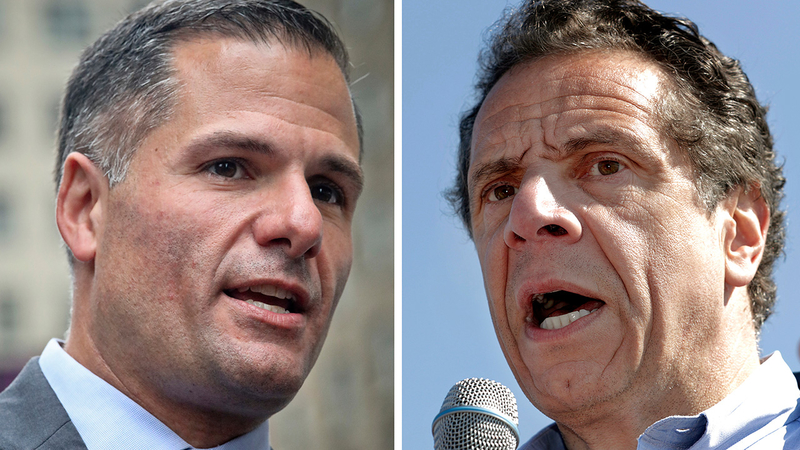 It was a raucous debate from the very beginning, and Cuomo hit first.

"You call yourself a fiscal conservative," he said. "You're a fiscal fraud."

Cuomo interrupted frequently and basically ran the debate. When it came to President Donald Trump, he painted the Molinaro and the commander in chief with the same broad brush.

Cuomo's opponent was able to get some solid hits in, questioning why Cuomo hasn't returned a $60,000 donation from Trump.

"When you were trying to make friends with the president when he first came to office, you told him wouldn't run against him," Molinaro said. "And you had him at your bachelor party. I didn't."

But when it came to Albany corruption, after Molinaro blamed Cuomo for the sorry state of ethics in the state capitol, the governor turned the tables.

"Meanwhile, you're the one who's been called on for an investigation for a kickback that went into your pocket," Cuomo said. "And that's a crime, my friend."

When it was over, Molinaro called Cuomo's debate conduct shameful.

"At the end of the day, I don't think New Yorkers saw a governor," he said. "I thought and think they saw a bully."

Some voters may have liked Molinaro's polite demeanor in the debate, but it probably didn't get him any headlines. And he needs them, currently 22 points behind in the latest polling with only two weeks to go until Election Day.