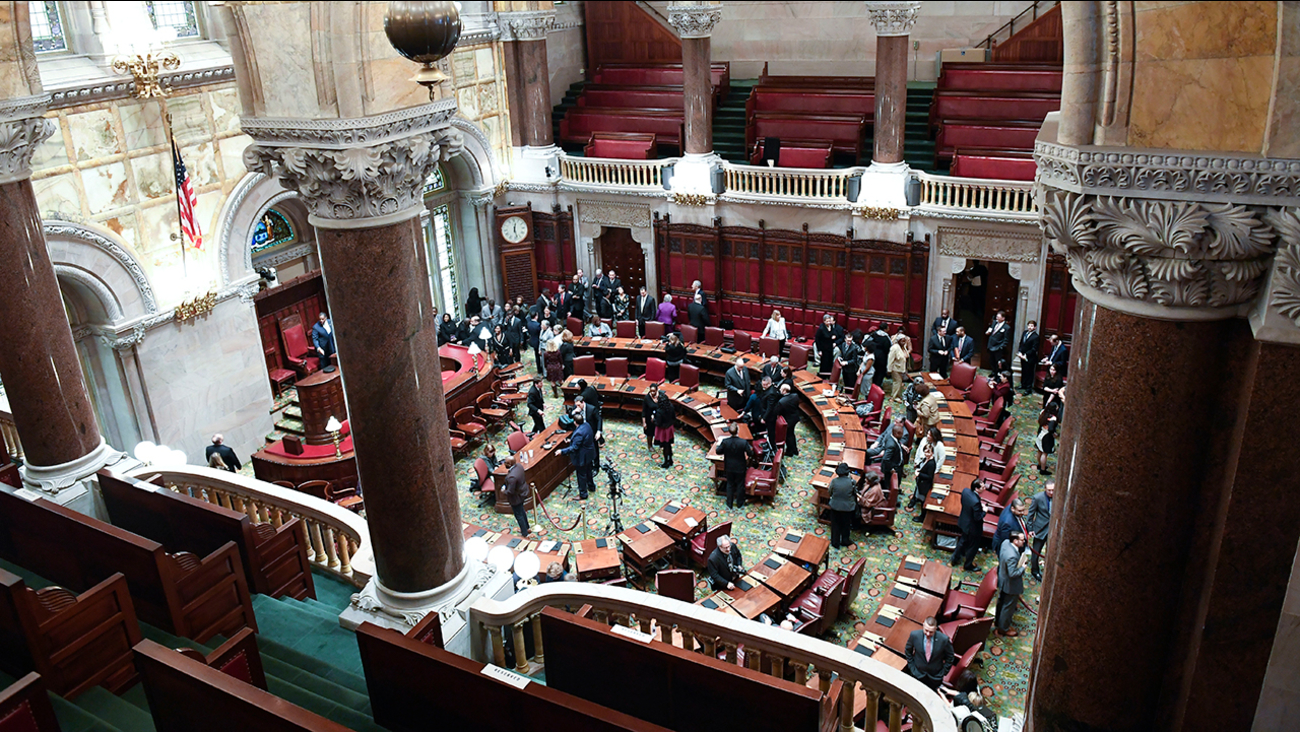 Senate members meet during the 2019 legislative session in the Senate Chamber at the Capitol in Albany, N.Y. (AP Photo/Hans Pennink)

SHELTON, Connecticut -- New York lawmakers voted Wednesday to extend state financial aid to students brought into the country illegally as children, a key liberal priority that had been blocked by Republicans for years until Democrats won control of the state Senate last fall.

The so-called Dream Act will ensure that New York children will have the same access to state loans and grants no matter their legal status as American citizens. To be eligible, a person must have a New York high school diploma or the equivalent or meet the requirements for in-state tuition.

California, Texas and four other states already have similar laws on the books. In New York, the measure is expected to cost $27 million annually. A new state commission and state fund would be created to identify private sources of funding for scholarships.

The Senate passed the bill Wednesday afternoon, hours before the Assembly followed suit. Democratic Gov. Andrew Cuomo supports the measure and is expected to sign it into law.

"The dreamers are here. They are New Yorkers," said Assemblywoman Carmen De La Rosa, a Manhattan Democrat who sponsored the bill. "To the dreamers, I say this: Today we do this for you. The door to higher education is open to all."

The measure was at the top of the list of priorities for Democrats, eager to push through a long list of bills that had been blocked in the Senate until the party won a majority in November. The Democrat-led Assembly had passed the bill eight times only to see it languish in the upper chamber. This year it was renamed the Jose Peralta NY Dream Act to honor the late Sen. Peralta of Queens, the bill's longtime Senate sponsor. Peralta died in November from complications of leukemia.

Republicans in both the Senate and Assembly argued the Dream Act was unfair to taxpayers and immigrants who came legally and that people who entered the country illegally shouldn't be given the same level of state support.

"It sends the wrong message to the millions who have worked their way through college and are still dealing with crippling student loan debt," said Sen. Fred Akshar, R-Broome County. Akshar then added that the Dream Act would "roll out the red carpet for illegals."

Akshar's word choice didn't please some of his colleagues.

"We are in a moment where words like 'illegal' are offensive," said Sen. Alessandra Biaggi, a Democrat who represents parts of the Bronx and Westchester County. "It is antiquated. It is outdated. And most importantly it is unkind."

Similar exchanges played out in both chambers throughout the day, with Democrats accusing Republicans of being cruel to immigrants and Republicans defending their word choice as legally accurate.

Students who had pushed for the bill cheered their success after so many years of effort.

"It just opens up so many doors," said Eugenia Rodriguez, an 18-year-old Long Island woman who was brought here from Argentina when she was less than a year old. Because of the cost, she had to change from going to a four-year college to going to a two-year college for her associates' degree. She will begin classes next week.

"There weren't many options financially for me to go with," she said.