WABC
By Eyewitness News
NEW YORK (WABC) -- Republican Presidential candidate Ted Cruz has issued an "apology" in response to the outrage by New Yorkers after his "New York values" comments during the GOP debate Thursday night.

"You're right, Donald Trump, Hillary Clinton and Andrew Cuomo and Bill de Blasio," have asked me to apologize," Cruz said. "I apologize to the millions of New Yorkers who've been let down by liberal politicians."

Cruz continued with a litany of "apologies" to jab at Governor Cuomo and Mayor de Blasio.

He apologized to those "denied jobs because Gov. Cuomo won't allow fracking."

He apologized to the New Yorkers who are "pro-life and pro-marriage and pro-second amendment who were told by Gov. Cuomo they have no place in New York."

He apologized to the "African American children who Mayor de Blasio tried to throw out of their charter schools that were providing a pipeline to American Dream."

He also apologized to New York law enforcement and first responders who de Blasio doesn't stand with and instead "stands with looters and criminals."

During Thursday's debate, moderator Maria Bartiromo asked Cruz to explain past comments he had made about Trump embodying "New York values."

"You know, I think most people know exactly what New York values are," the candidate said.

So the GOP conservative explained: "Listen, there are many, many wonderful, wonderful working men and women in the state of New York. But everyone understands that the values in New York City are socially liberal or pro-abortion or pro-gay-marriage, focus around money and the media."

Trump responded movingly by citing the city's response to 9/11.

"When the World Trade Center came down, I saw something that no place on Earth could have handled more beautifully, more humanely than New York," he said to applause from the crowd in North Charleston, South Carolina. He added: "I have to tell you, that was a very insulting statement that Ted made."

Trump later commented on Twitter about the situation again. 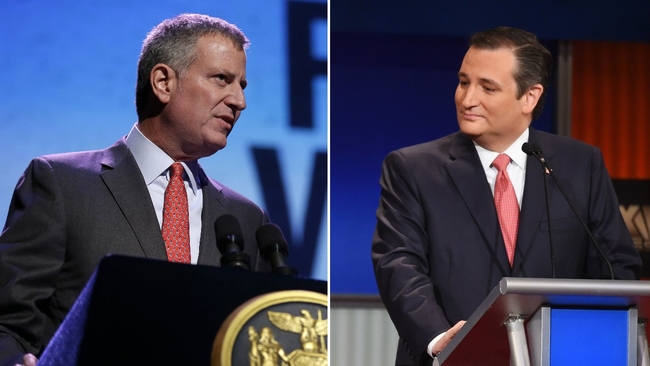 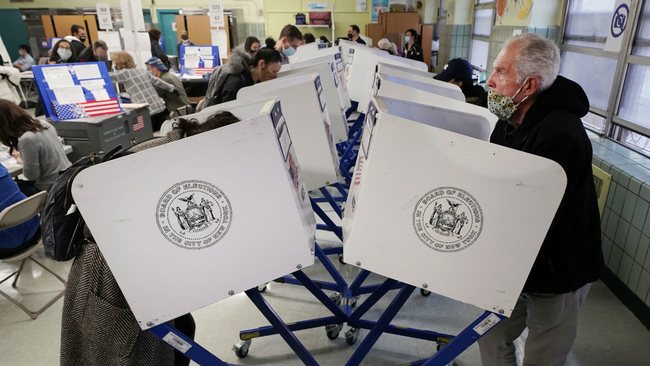 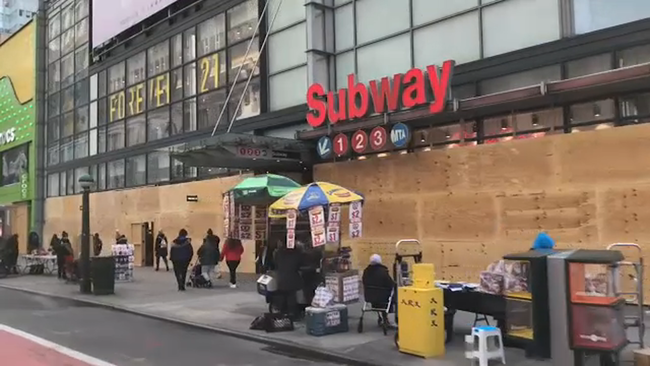