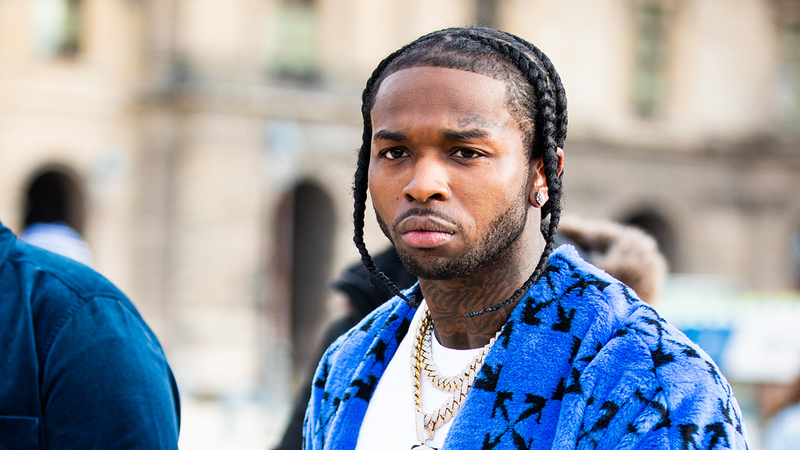 BROOKLYN, New York (WABC) -- Charges have been dropped against Brooklyn-born rapper Pop Smoke who was fatally shot inside a multi-million dollar home in the prominent Hollywood Hills earlier this year.

The 20-year-old, whose real name is Bashar Barakah Jackson, had been previously charged with transporting a stolen Rolls Royce across state lines.

Charges were dropped against the late rapper on Monday.

An official said the owner of the 2019 Rolls-Royce Wraith, worth $375,000, lent Jackson the car to use in a music video in Los Angeles in January.

It was supposed to be returned the next day, but it was not, so the owner reported it stolen to the LAPD. A source says the car was driven across the country on a flatbed and was located outside Jackson's home in Brooklyn.

In February, Jackson was visiting a home in Los Angeles when an unknown number of suspects entered the home and fatally shot him.

His breakout hit, "Welcome to the Party," was released last summer.

He was one of five rappers the NYPD prevented from performing at the Rolling Loud hip-hop festival in Queens last October because they were "affiliated with recent acts of violence citywide."

He released the album "Meet the Woo 2" in February, which debuted at No. 7 on the Billboard Top 200 albums chart. It was the follow up to his first official release," Meet the Woo," last July.

He also had the popular hit "Gatti" with Travis Scott and Jackboys and "Dior."