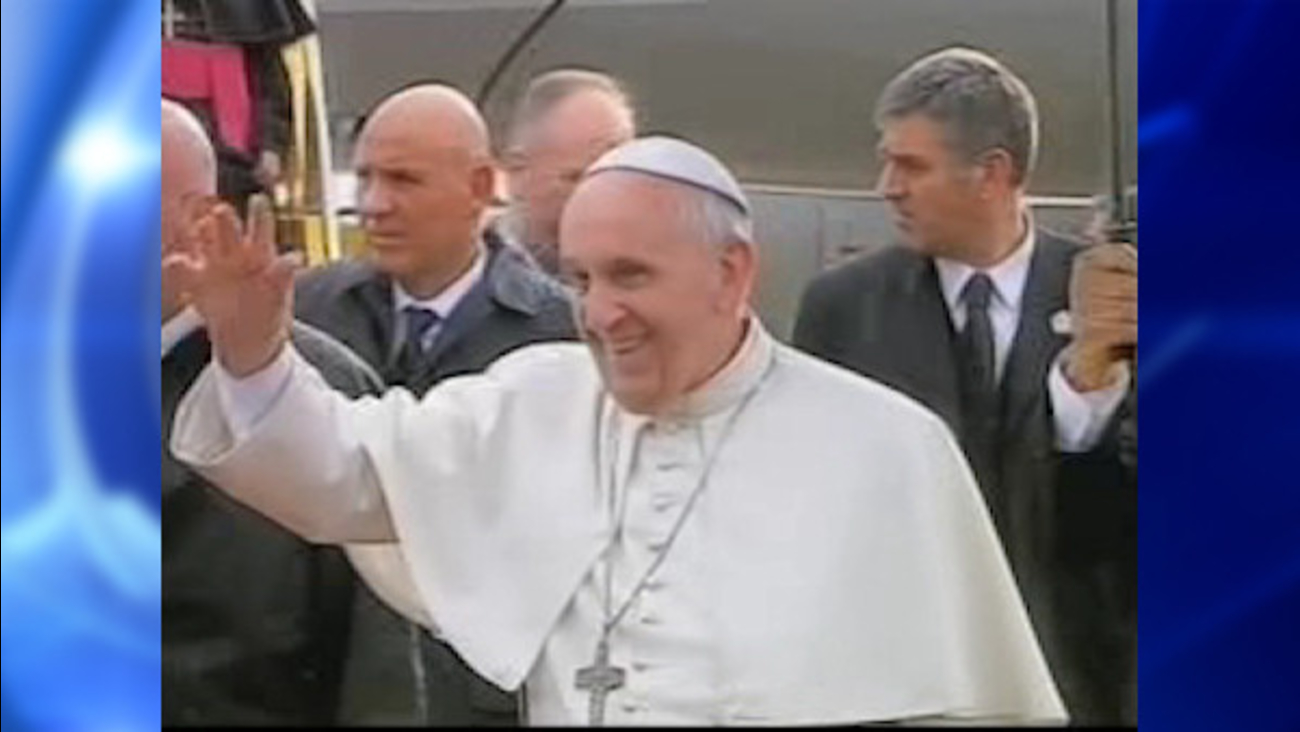 ASUNCION, Paraguay -- Pope Francis began the third and final leg of his South American pilgrimage Friday by honoring Paraguay's women after leaving the most outcast members of Bolivian society - inmates at its notorious Palmasola prison - with a message of hope and solidarity.

Francis has sought to encourage the poorest and most marginal during his three-nation trip, and his stop in Paraguay will showcase life in the country's flood-prone shantytowns alongside the simple popular faith of its people.

Francis knows Paraguay well, having ministered to Paraguayan immigrants in the slums of neighboring Argentina when he was archbishop. His affection for its people was on display upon his arrival in Asuncion, praising the Paraguayan women who were so important to the country's recovery after a devastating regional war in the 1860s wiped out more than half the population, most of it male.

"They found a way to move their families and their country forward, instilling in new generations the hope of a better tomorrow," he said.

The pope started the day in Santa Cruz, Bolivia, where he listened on as inmates told their stories of how they ended up at Palmasola and of the "judicial terrorism" that lets the wealthy bribe their way to freedom while the poor languish in squalor. Two children of inmates sat at Francis' feet as he looked out to a mass of prisoners in central square of one of the prison's many walled wardens.

Francis has made prison ministry a focus of his life as a priest and now pope, believing that the lowest castes of society deserve just as much dignity as everyone else. He has denounced the widespread abuse of pre-trial detention and called life sentences a "hidden death penalty." He has met with prisoners to offer them encouragement, and as pope continued to check in on a group of Argentine inmates he ministered to when he was archbishop of Buenos Aires.

On Friday, he acknowledged the wretched conditions that the inmates face: overcrowding, the slow pace of justice, violence and few opportunities for education or rehabilitation. He said Bolivian institutions need to address those ills.

But he urged the inmates not to despair and to not let their suffering lead to violence.

"Don't be afraid to help one another," he said. "The devil is looking for rivalry, division, gangs."

Francis also urged prison officials and guards to rehabilitate prisoners and not humiliate them, saying prison should be a process of rehabilitation, not punishment.

Palmasola is the most notorious of Bolivia's 32 prisons, built to detain some 800 people but housing 5,000, more than four in five still awaiting trial. Inmates have the run of the place, drugs are cheaper than on the street and money buys survival.

Two years ago, 36 people died in a fierce battle between rival gangs using machetes and homemade flamethrowers. One of the victims was a 1-year-old.

Monsignor Jesus Juarez, who is in charge of pastoral care for Bolivia's prison system, drew applause from the inmates when he told Francis of the "scandal" that 84 percent of Bolivian inmates haven't been tried and that prisons are 300 percent beyond capacity.

Analia Parada broke into tears as she told the pope of all the mothers, children and grandmothers - some terminally ill - who live in Palmasola with no hope. She complained that prison administrators were "deaf" to their plight and failed to apply even the basics of Bolivian law. She accused authorities of "converting Bolivian justice into judicial terrorism directed at people of scarce economic resources who can't buy justice."

Leonidas Rodriguez said he had watched "how they killed a companion and left him wrapped in a blanket. No authority did anything about it."

And inmate Andres de Jesus Cespedes described his astonishment arriving at the prison to find "so many people sleeping on the ground like animals."

Bolivia has a notoriously corrupt judiciary, with some 1,000 judges and 300 prosecutors under investigation or on trial for corruption.

U.S. businessman Jacob Ostreicher spent 18 months in Palmasola after being arrested for suspected money laundering. Ostreicher, who was released in 2012 when it was revealed that he had been extorted by a ring of prosecutors, judges and government lawyers, said he doubted Francis would get to see the real Palmasola.

"It's the lifers who control the prison," he told The Associated Press. "The police officers who guard the outside of the prison push you inside the prison and you're on your friggin' own."

The country's prison regimen lets inmates roam outside their cells by day. Module I has streets full of men, women and children, domestic animals, stores, restaurants, a gym, a Catholic and evangelical church and workshops. Other prison sections are less hospitable, particularly Modules 3 and 4, which hold the most dangerous inmates. Module 5 houses the infirm, most with tuberculosis.

Inside, everything has its price.

"Here corruption rules and he who has money can live well while the rest suffer jammed into huts with dirt floors," said Sirley Maria Vargas, the mother of a 21-year-old inmate accused of homicide. "With money you can have your own room, cleaning service, cable TV, air conditioning and Internet."

Inmates pay $1,000 for the right to a cell and $300 a month for individual cells, she said. Cellphones can be bought, and food and drugs are routinely smuggled in