PHILADELPHIA -- Pope Francis is back at the Vatican in Rome after a busy 10-day trip to Cuba and the United States.

He left Philadelphia on Sunday night after participating in the World Meeting of Families. The 78-year-old pontiff spent six days in the U.S. where he also addressed Congress and the United Nations.

The pope defended his words of consolation to U.S. bishops over the priest sex abuse scandal but says - for the first time - that those who covered up for abusers are guilty of wrongdoing.

In a wide-ranging press conference en route to Rome from his first-ever visit to the United States, Francis also declared conscience objection a "human right," explained his love affair with American nuns and discussed his own star-power, which was fully on display during his six-day, three-city tour.

He also invented a new Italian word to describe the exuberant reception he received in New York City: "stralimitata" - roughly, "beyond all limits."

Pope Francis urged hundreds of thousands of the faithful gathered Sunday for the biggest event of his U.S. visit to be open to "miracles of love," closing out his six-day tour with a message of hope for families, consolation for victims of child sexual abuse and a warning to America's bishops.

Organizers had predicted a crowd of 1 million for Francis' open-air Mass, and the Benjamin Franklin Parkway overflowed with the jubilant. They endured hours-long lines and airport-style security checks to see history's first pope from the Americas in the birthplace of the United States.

The Mass - the final event on Francis' itinerary before the 78-year-old pontiff headed on a plane back to Rome - was a brilliant tableau of gold, green and white in the slanted evening sunlight of a mild early-autumn day. 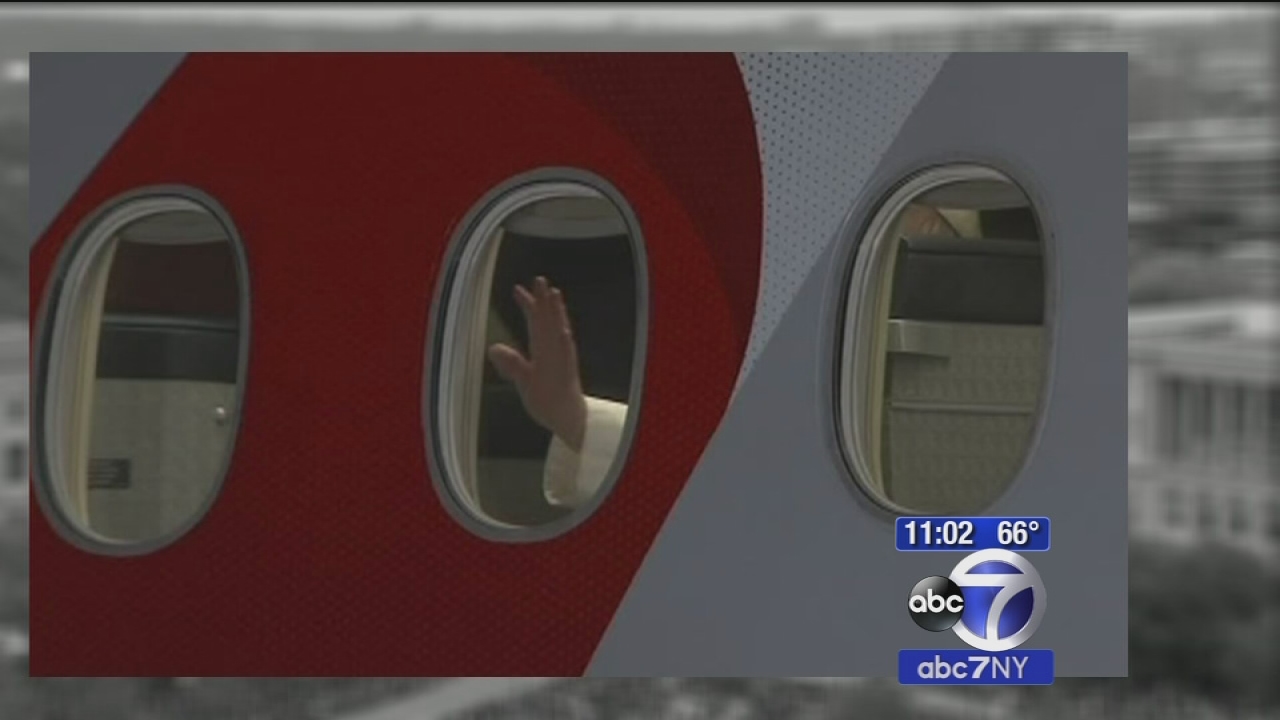 Pope Francis on way back to Rome after US trip

Riding through the streets in his open-sided popemobile, the pontiff waved to cheering, screaming, singing, flag-waving crowds as he made his way to the altar at the steps of the columned Philadelphia Museum of Art.

"Would that all of us could be open to miracles of love for the sake of all the families of the world," he said to the hushed crowd spread out along the tree-lined boulevard before him.

June Bounds, 56, of Rochester, New York, watched the Mass with fellow parishioners on a large screen set up at City Hall, closing her eyes and blinking back tears.

Earlier in the day, Francis had a different message for families scarred by the sins of the church itself.

A few minutes later, he went into a meeting of bishops from the U.S. and around the world who were in town for a Catholic festival on the family and told them the same thing.

During his first meeting with victims, held at the Vatican in July 2014, Francis similarly vowed to hold bishops accountable, but Sunday marked the first time that he had warned the bishops themselves, face-to-face, and in public.

In an apparent effort to reshape the discussion, though, the Vatican said not all the victims had been abused by clergy; some were violated by relatives or educators. The choice of victims underscored the Vatican's argument that child molestation is not unique to the church.

The Rev. Tom Doyle, a former church lawyer who is now an advocate for victims, said that including victims of non-clergymen "seriously minimizes" the problem in the church.

As the Mass drew to a close, church officials said the next World Meeting of Families - the Vatican-sponsored festival that brought the pope to Philadelphia - will be held in Dublin, Ireland, in 2018.

Ireland is ground zero for the church's sexual abuse crisis outside of the U.S. The overwhelmingly Catholic country also recently legalized gay marriage.

He also issued pointed messages for a new direction of the U.S. church, twice praising the service of America's nuns, who had been subject to a recently ended Vatican crackdown. He also urged America's bishops to focus more on helping their flock through life's ups and downs rather than spending all their energy on culture wars.

"May you make possible new opportunities, new journeys, new paths," he said, standing before a wooden chair the men had made for him for the occasion.

The blue-uniformed inmates, some of them heavily tattooed, seemed moved. They clasped Francis' hands, and two gave him a hug. 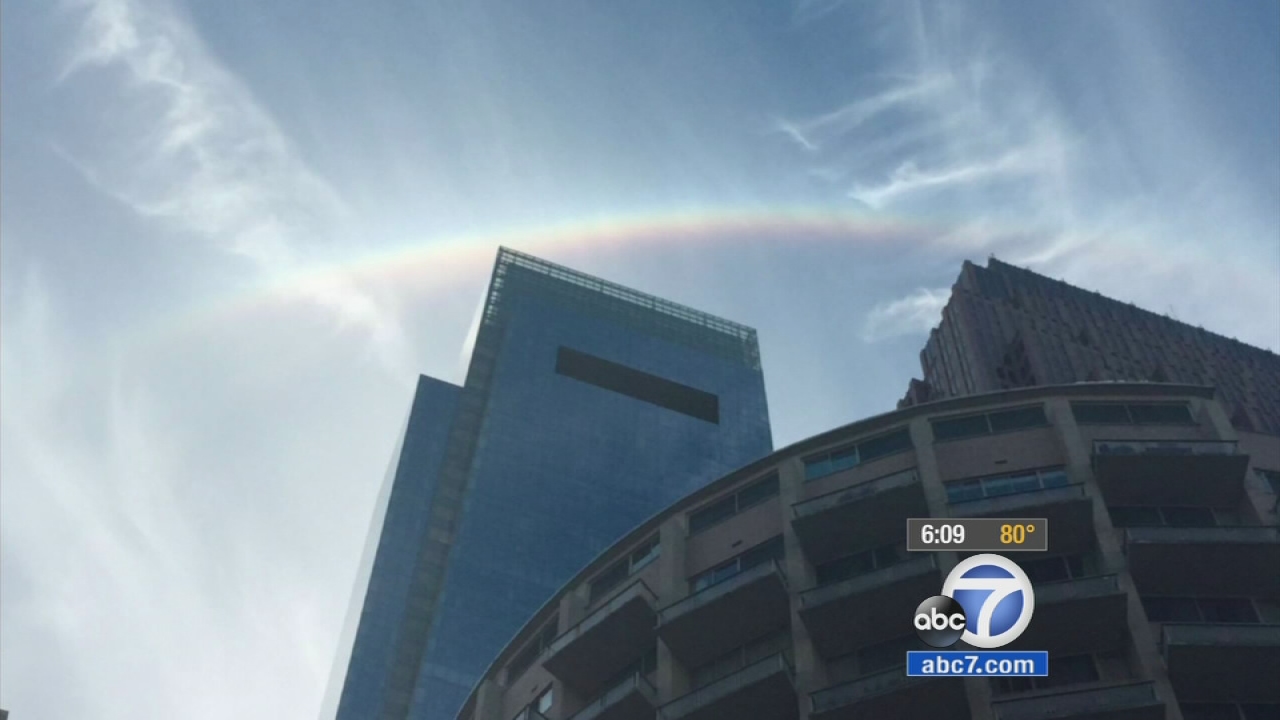 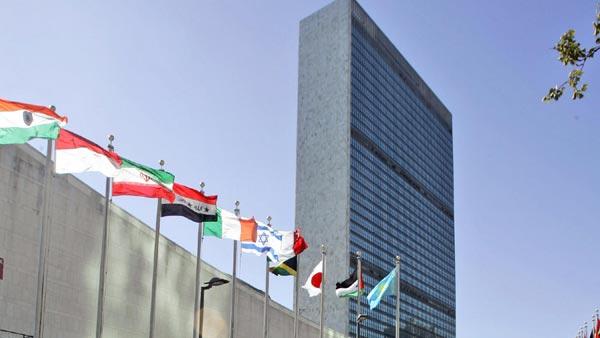