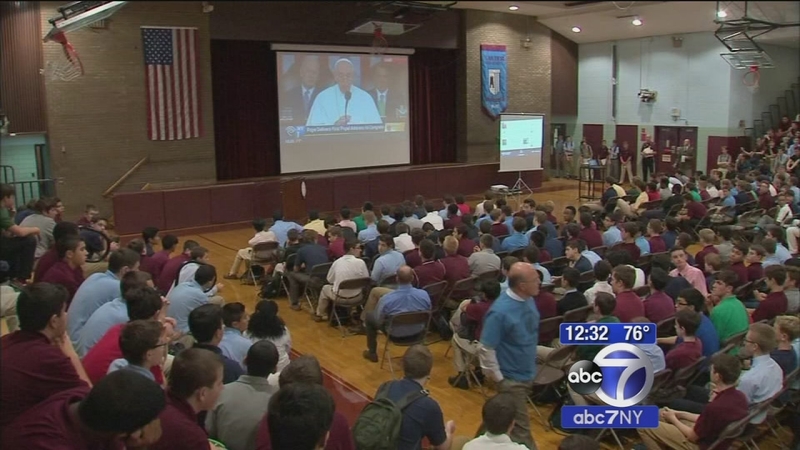 NEW YORK (WABC) -- As Pope Francis became the first pontiff ever to address Congress, students in the Tri-State area watched the speech in school.

Teenagers at Xavier High School in Chelsea were glued to a big-screen TV in their gym.

The bleachers were full as about 800 students hung on to the pope's every word.

The president of the all-boys school felt it was important for the kids and staff to watch the speech unfold, but it didn't end there.

The president encouraged the crowd to take the pope's message and keep talking about it, keep discussing the principles he laid out.

It was one of many pope watch events going on at Jesuit schools across the country. The large crowd at Xaxier was a testament to who these young men are.

"In the end I really like how he brought everything together and how unified all of Congress and it made me feel good," said student Hank Michels.

"I think when he mentioned Thomas Merton, Martin Luther King, I think he realized American history is so great, so I think he respects us very much and I think we respect him very much too," said student Nick Lumaj.

Six lucky students from Xaxier are heading to Philadelphia. They were chosen by lottery to represent the school, among delegates from roughly 60 Jesuit high schools in the country who will attend all the events there and hope to meet the pope. 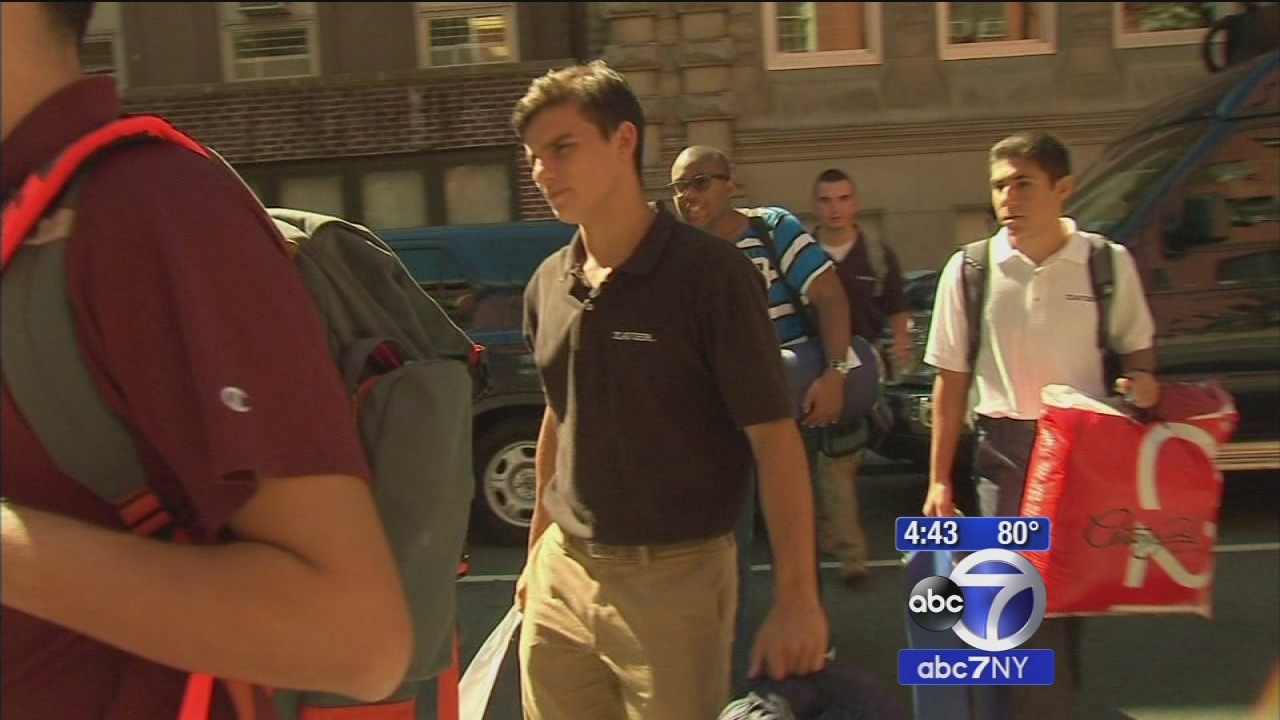