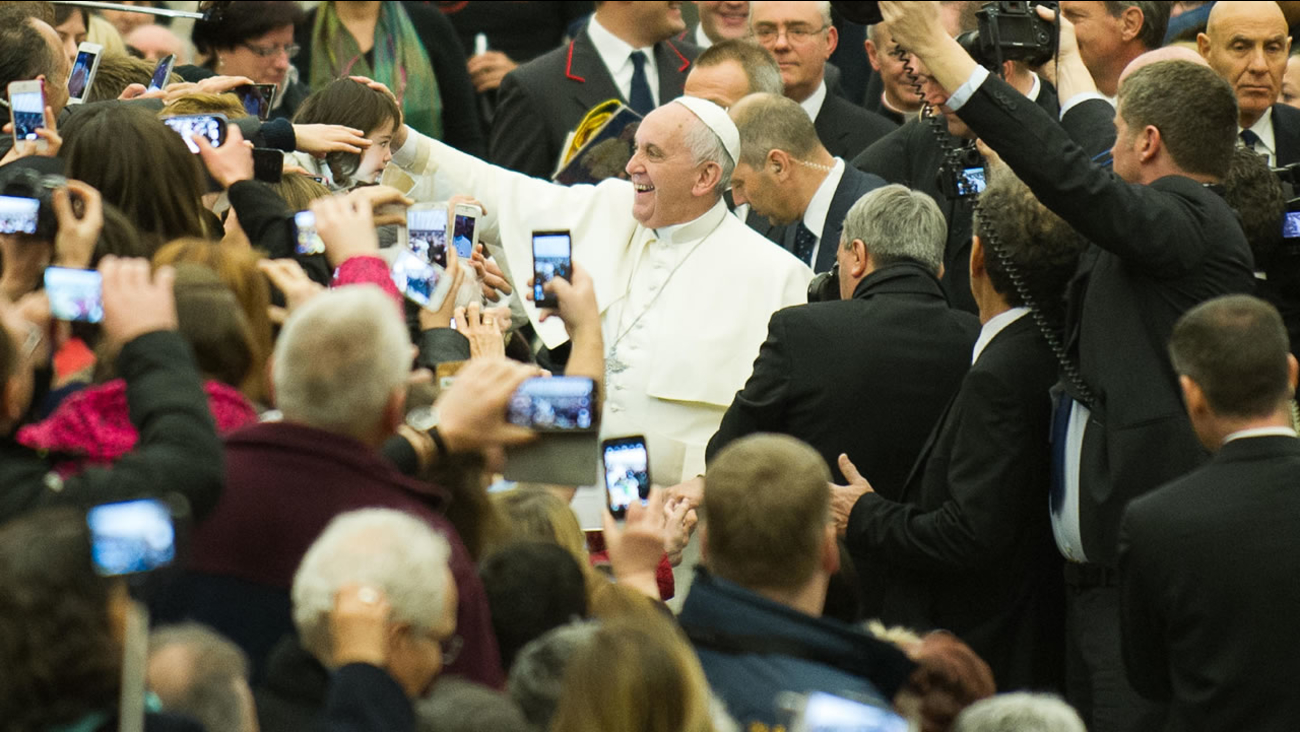 Pope Francis caresses a child as he arrives for his weekly general audience, in the Pope Paul II hall, at the Vatican, Wednesday, Jan. 28, 2015. (AP Photo/L'Osservatore Romano)

WASHINGTON -- Pope Francis will address a joint meeting of the House and Senate on Sept. 24, becoming the first pontiff to do so, House Speaker John Boehner said Thursday.

"We're humbled that the Holy Father has accepted our invitation and certainly look forward to receiving his message on behalf of the American people," Boehner, R-Ohio, told reporters.

Boehner is Catholic and extended the invitation for the pope to speak to lawmakers.

During his planned trip next fall, Francis is also expected to visit the White House as well as speak at the United Nations in New York and participate in a massive Catholic rally for families in Philadelphia.

It will be his first visit to the United States in a papacy that began two years ago.

"In a time of global upheaval, the Holy Father's message of compassion and human dignity has moved people of all faiths and backgrounds," Boehner said in a written statement released as he spoke to reporters. "His teachings, prayers, and very example bring us back to the blessings of simple things and our obligations to one another."

Pope Benedict XVI visited Washington during a trip to the U.S. in 2008, celebrating Mass at Nationals Stadium.