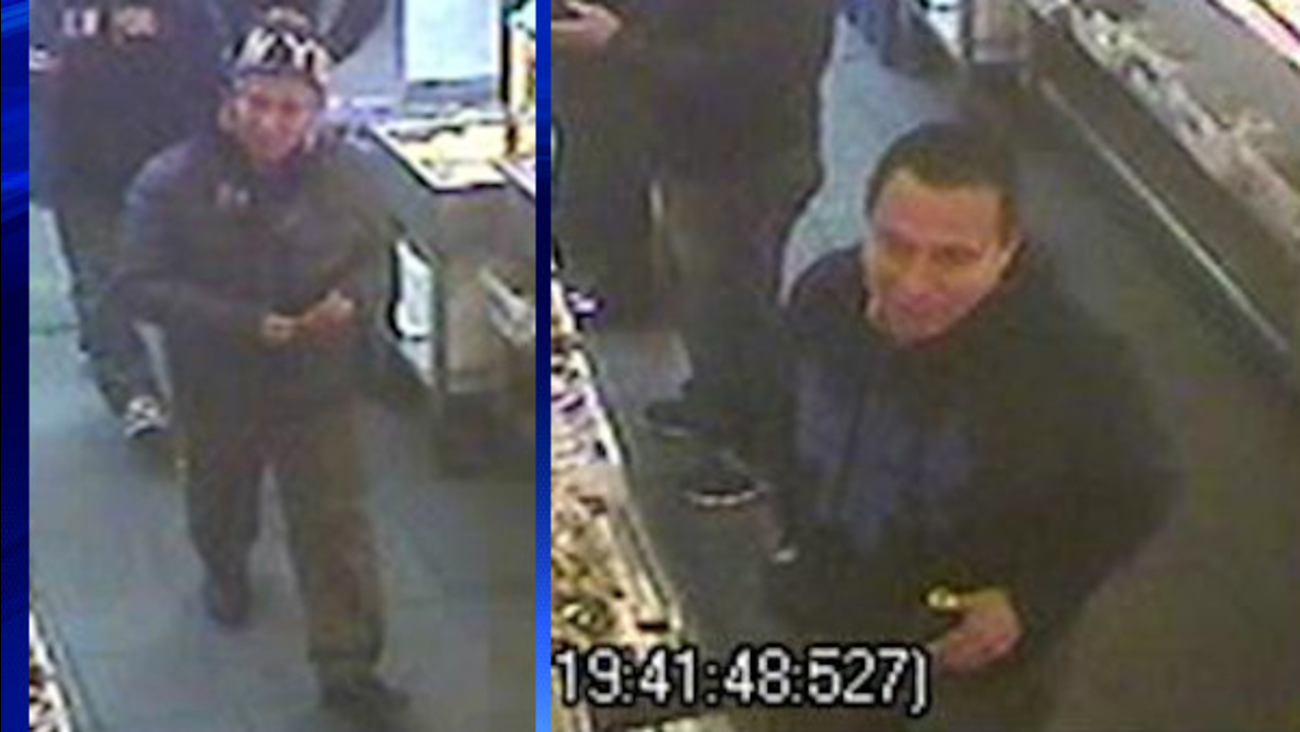 Surveillance photo of the suspect wanted a deadly stabbing in Midtown. If you know this man, please call 800-577-TIPS or http://www.nypdcrimestoppers.com

NEW YORK (WABC) -- Police have released surveillance images of the suspect in a fatal stabbing near the Port Authority Bus Terminal in Midtown Tuesday night.

According to police, he had been in the New Star Cafe near Seventh Avenue when an argument broke out between the victim and another man inside toward the back of the deli.

Police said the argument led to the stabbing.

The suspect fled on foot, while the victim stumbled down the block and collapsed in front of 213 West 40th.

He was unconscious when police and EMT's arrived. He died at Bellevue Hospital.

A security guard at The New York Times said NYPD officers had requested surveillance video; the Times' offices are down the street from the crime scene.

West 40th Street was closed to traffic between Seventh and Eighth avenues, and part of the block was cordoned off. A subway entrance on the block was also closed during the investigation.

Crime scene investigators and detectives scoured West 40th Street between 7th and 8th Avenues for hours searching for evidence after the stabbing, specifically the murder weapon.

People who work on the block were kept behind crime scene tape, unable to go to work.

Police have been poring over surveillance video in hopes of catching the killer.