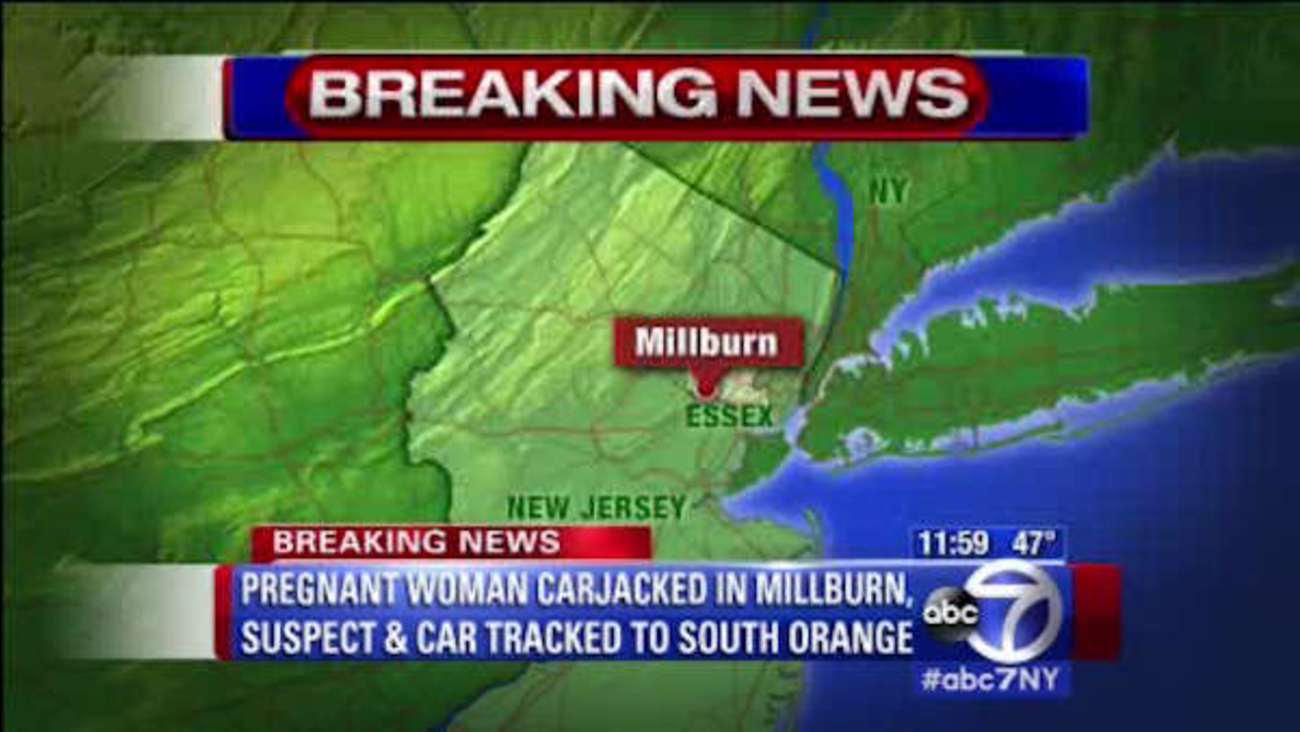 MILLBURN -- A pregnant woman was carjacked in New Jersey Thursday morning, and authorities have arrested a suspect.

The incident happened around 10:15 a.m. on Millburn Avenue in Millburn.

Authorities say the suspect grabbed the keys and phone out of the woman's hands and stole the woman's Mercedes, which was later recovered on Wyoming and South Orange avenues in South Orange.

The suspect, 21-year old Jasil Jackson of Springfield, is charged with carjacking and robbery.