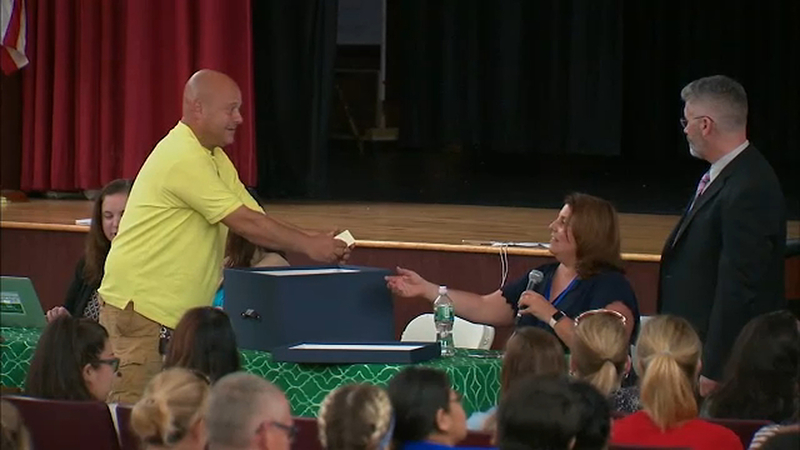 BRICK TOWNSHIP, New Jersey (WABC) -- Some parents in New Jersey are angry after being told their children had been accepted to free preschool, only to find out there was a mistake and the entire lottery would have to be done again.

So many parents wanted to get their kids into the school in Brick Township that a lottery was held to choose who among the families applying could get the openings.

But somehow, dozens of people who applied weren't included in the lottery.

So the school district drew names again Monday night at the high school, and the lucky children picked will be able to attend the new public preschool program in the fall.

Brick Township had received a state grant paying for 150 youngsters, those five and younger, to attend free preschool.

They turned to the lottery system to choose from the pool of 300 students. And then it was discovered that 30 names were left out of the original draw about a month ago.

Officials had to admit their mistake and run a second lottery.

Among the parents whose children were selected again Monday night was Toni Johnson. "I'm excited because she got in the first time," said Johnson. "It was in God's hands and here we are, we're back in!"

The Kelley family's number was called the first time, but not the second. "It's going to cost us almost $10,000 next year to go to a preschool," said parent Sean Kelley.

To underscore just how helpless and frustrated parents felt, the power went out and the drawing had to continue in the dark.

"I just think the whole system is basically incompetent, from the start it didn't make any sense," said one parent.

Keith Kohlmann's young daughter had been on a roll. She won the chance to be in a small pilot preschool class this year, then was picked again in the first lottery last month, but her luck did not continue Monday night.

"I can't praise the staff at Warren Wolf more," said Kohlmann. "They've been phenomenal. That's what hurts even more. Now I have to tell my 4-year-old she can't go again next year."

Perhaps those who came out the worst are families who were originally picked, then not selected the second time, because they never made arrangements with a private preschool and all those programs are now full.