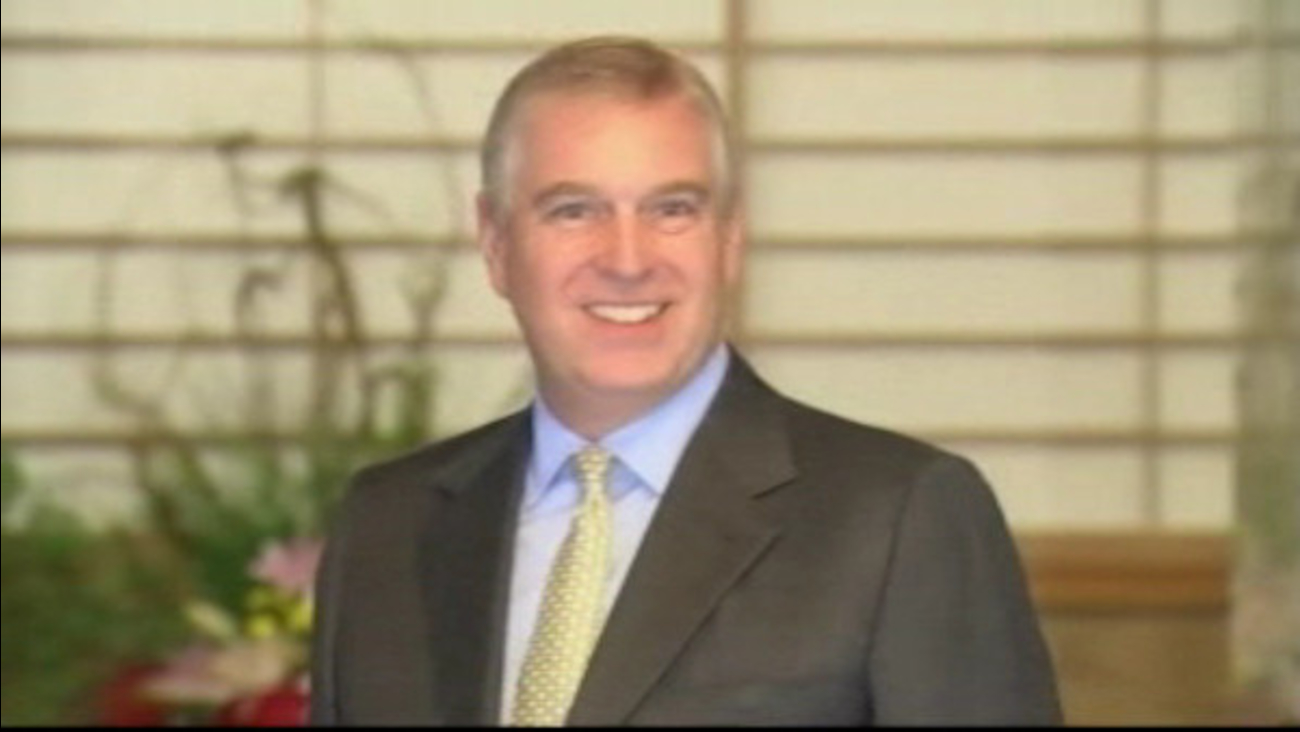 Prince Andrew, also known as the Duke of York. (WABC)

LONDON -- Royal officials on Friday denied that Britain's Prince Andrew engaged in any "impropriety with underage minors" after he was named in U.S. court documents related to a lengthy lawsuit against American financier Jeffrey Epstein.

In papers filed to a Florida court, an unidentified woman alleged that Epstein forced her to have sex with Prince Andrew in London, New York and on a private Caribbean island owned by Epstein when she was under the age of 18. The filing said the alleged encounters took place around 1999 to 2002.

Buckingham Palace said in a statement: "This relates to longstanding and ongoing civil proceedings in the United States, to which the Duke of York is not a party. As such we would not comment on the detail." Andrew, 54, is known as the Duke of York.

The statement added: "However, for the avoidance of doubt, any suggestion of impropriety with underage minors is categorically untrue." The statement was unusual because royal officials typically do not comment on such allegations.

The woman's claims, filed on Tuesday, were added to a drawn-out lawsuit filed by two other women who claim they were sexually abused as minors by Epstein. The billionaire financier was sentenced to prison in 2008 after pleading guilty to child sex offenses.

The women have objected to how U.S. prosecutors handled Epstein's case, and want authorities to reconsider a plea deal that allowed Epstein to avoid much more serious federal charges and potentially longer prison time.

The woman making claims against Prince Andrew - only identified as "Jane Doe No.3" - is one of two new accusers asking a West Palm Beach, Florida, judge to allow them to join the existing lawsuit against Epstein. The royal is not named as a defendant in that case, and no criminal charges or formal allegations have been made against him.

It was not the first time Prince Andrew has faced media scrutiny over his friendship with Epstein. In July 2011 the royal stepped down from his role as a U.K. trade ambassador following controversy over his links with the billionaire.