ByJosh Einiger and Dave Alter via

An in-depth look at the crisis and recovery effort in Puerto Rico following Hurricane Maria, and how teams from our area are helping.

SAN JUAN, Puerto Rico (WABC) -- September 20, 2017. For the 3.5 million people who call Puerto Rico home, it was a day their world changed, when Hurricane Maria struck. Nearly three months later, they're still reeling. We returned to the Caribbean island to see what, if any progress they'd made. While we did find great signs of hope and humanity, we also witnessed astonishing devastation and human suffering. Life in Puerto Rico will never be the same.

On approach to San Juan's international airport, the first thing you see is the color blue.Blue tarps cover battered rooftops that stretch as far as the eye can see. Two months later, they pass for protection from the rain. But in the terminal, nothing stops the tears.

We didn't have to look hard to find the true human toll of Hurricane Maria. Five-year-old Sofia was clinging to her father, Exael Gonzalez. They were saying goodbye, for who knows how long, as Sofia headed to New York with her mother. For them, life in Puerto Rico is just too hard. "It's really difficult," said Gonzalez, who makes ends meet working at a Burger King on the island. "I feel like my heart is being ripped out of my body."

The sad scene plays out hour after hour at SJU, and Maria Natal, who works as a duty manager for JetBlue Airways, hasn't gotten used to the heartbreak."Every day when I walk through these doors, I see lots of families saying goodbye, hugging and crying," she said. "It is the new norm every single day." Natal has been working around the clock with her team to serve as many people as possible, with a tidal wave of Puerto Ricans booking every available seat for the mainland U.S.

Hundreds of thousands have left the island; as American citizens, they don't need passports, so flights out are booked through the end of the year. Meanwhile, inbound flights land laden down with relief supplies, including goods for the families of the 300 JetBlue employees who work at SJU. "It's tough to see so many people day in and day out not being able to continue any longer without any power any water any utilities," said Natal.

Experts say the migration from Maria is likely to be even worse than after Hurricane Katrina when the city of New Orleans lost 12 percent of its population. So far hundreds of thousands of Puerto Ricans have done the same, and they're fleeing a situation that in many places hasn't changed a bit since September 20.

On Puerto Rico's northwest coast, the city of Aguadilla is a surfer's paradise. But these days no one is focused on the breathtaking view. Instead, in pretty much every direction it looks like Hurricane Maria blasted through just yesterday, leaving behind eye-popping damage that's become a permanent part of people's lives."We are faithless," said Yeisa Acosta, as her husband filled their car at a gas station with severe damage, "We don't know when we are going to have normalcy again."

To an outsider, it looks like nothing has changed since September 20th, when the storm made landfall. "I can understand her feeling," said Lt. Col. Andy Olson of the US Army Corps of Engineers. Olson is responsible for rebuilding the power grid across the entire western third of the island.

It's a colossal job: more than a thousand power crews are on the ground from the mainland US. And the Army Corps has ordered nearly 64,000 replacement power poles and more than 7,200 miles of cable, which need to be replaced inch by painstaking inch.

Olson will spend the holidays away from his wife and three kids. And when he described the payoff of this work, he choked up."The team out here," he said, "they go out in the field, watch the work being done and they see the lights turn on. And they see the hope and joy and gratitude that comes from that. It's very, very rewarding and very, very real. All of a sudden their world lit up."

Photos captured by Josh Einiger during this trip: 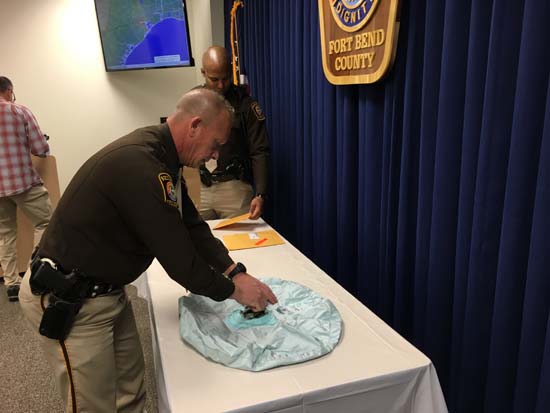 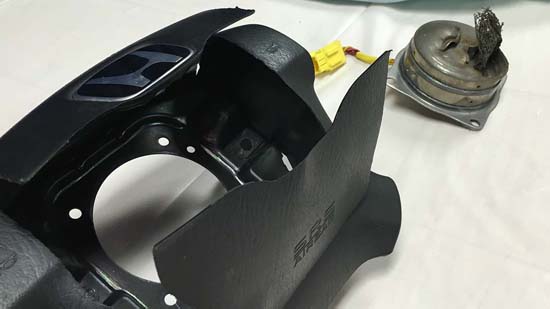 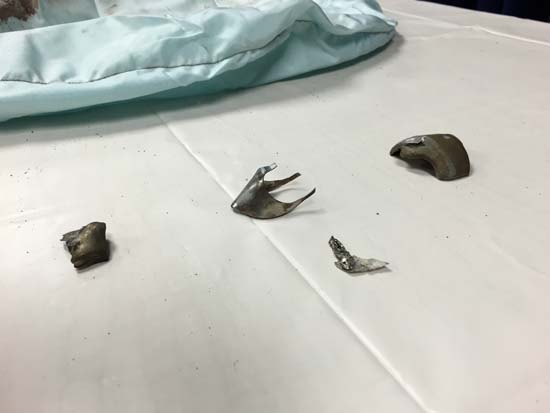 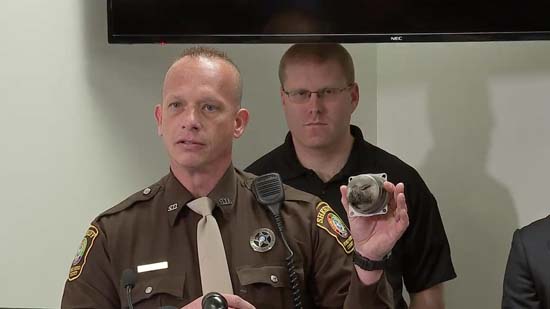 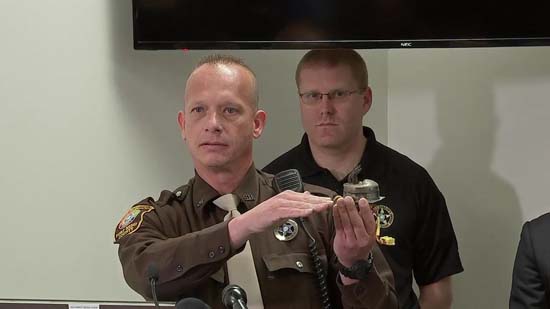 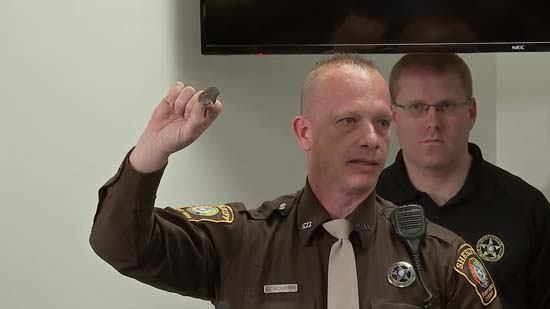 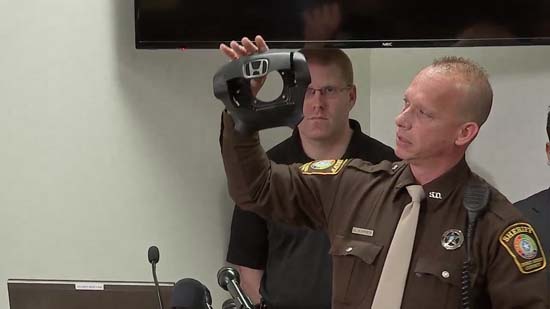 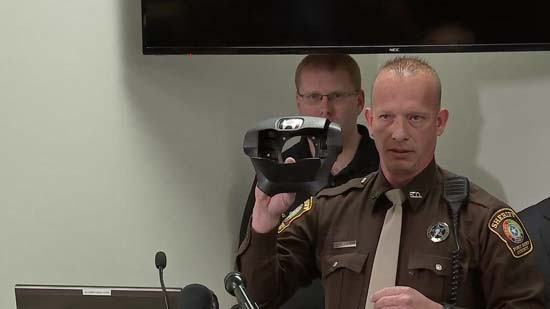 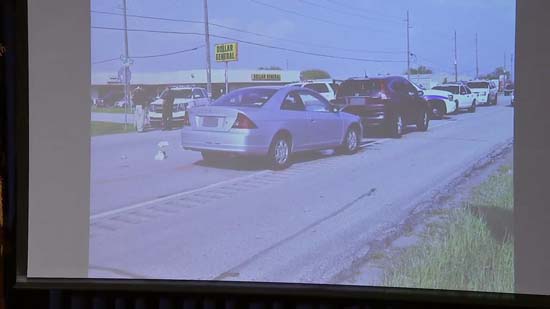 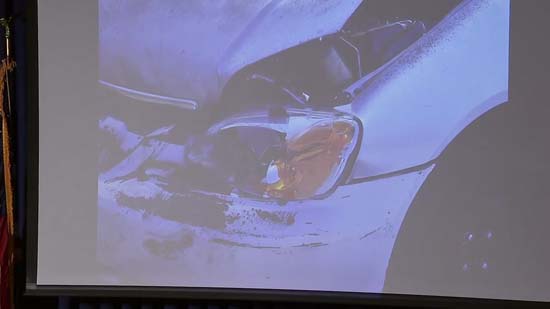 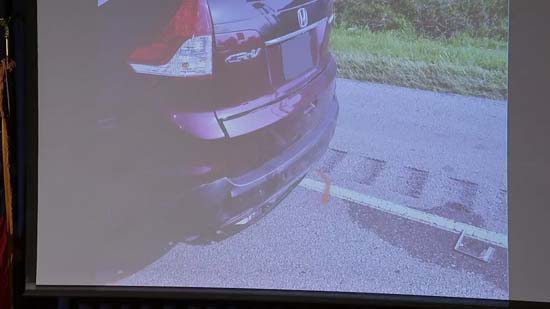 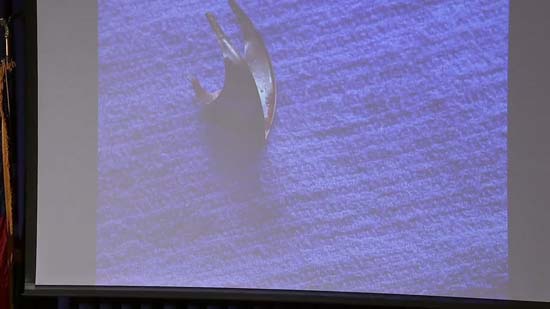 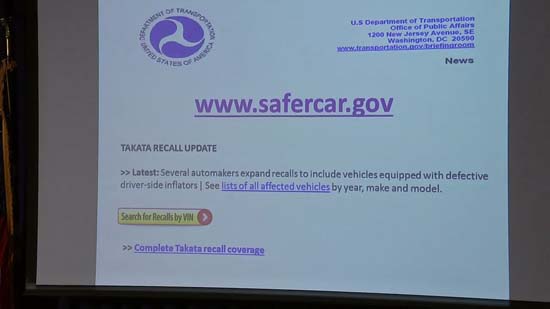 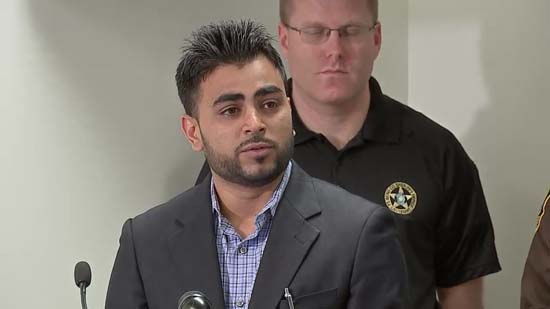 1 of 14
Images from a press conference with the Fort Bend County Sheriff's Office about the death of a 17-year-old who died as a result of an exploding airbag. (KTRK)
KTRK

Of the 12,000 relief workers who have flooded the island, many are from the New York area, including about 100 Con Ed line workers, who shipped dozens of trucks by barge to get to work stitching the power system back together. "When you hear it on the news, it's one thing," said Con Ed line worker Rich Gonzalez, who volunteered for special duty here. "Electricity's so valuable, all the things we do on a daily basis for so many different things. If you know there's a lot of power out and there's something you can do, you definitely want to be out there as much as you can, to put people back in lights."

Alfonso Quiroz, a Con Ed Spokesman, spoke of the experience driving around San Juan in their blue trucks, familiar to anyone from New York. "You'll hear people beeping at you and your first response as New Yorkers is to say, 'What are you beeping at?' And they're beeping to say hello and to thank you," Quiroz said. And Con Ed is far from the only New York-area agency that sent personnel to help.

The New Jersey State Police took the lead on a multi-agency taskforce encompassing a dozen Garden State law enforcement agencies. About 200 officers and troopers traveled to Puerto Rico in four waves, to assist local police with traffic enforcement, and they were stunned by what they found. "It's shocking to see the damage this did to this island and the people here," said State Police Sgt. Carlos Rodriguez, who was born in Puerto Rico. The officers, reporting to the Federal Emergency Management Agency, received their orders each day.

On the day ABC7NY joined them, they were directing traffic at an intersection with no working traffic lights, in Bayamon."They've gone through so much here," said Mountain Lakes Police Officer Sam Trimble, "but you don't even hear a horn blowing. People are so grateful at every intersection, people are saying thank you. Six hours," he added, "New Jersey would be up in arms, ready to fight. Here we are at eight weeks. It just says so much about the people of Puerto Rico." The special detail was designed to help local police manage the post-hurricane crisis.

"A lot of them still don't have power and they're working 7 days a week," said the detail's commanding officer, State Police Lt. John Marley, "so the fact that we can support them, alleviate some of their responsibilities, so they can focus on some of their personal issues, it's so great to be a part of that."The New Jersey officers, like the Con Ed crews, volunteered for these assignments. But public servants aren't the only New Yorkers flowing south to help.

UJA-Federation and the Afya Foundation, two New York-based charities, have flown more than two dozen relief flights on private jets contributed by anonymous wealthy donors, filled with supplies. ABC7NY joined them at the San Juan airport, where they had just landed from Teterboro, NJ with 2,500 pounds of goods destined for a hilltop nursing home in Canovanas, PR, where management has spent nearly every last penny fueling a wheezing generator that powers a few lights and a fan. All other supplies have run out. "You're dealing with the most vulnerable people," said Mark Medin, Executive Vice President of UJA. "They are living with no power, no running water, no clean diapers, no medical supplies, very minimal food. Our ability to bring those types of supplies to them can be the difference between life and death."

On the day ABC7NY joined them, the group could stay for barely half an hour before they had to head back to the airport for their flight home. They had just enough time for quick health and wellness checks, and for the human touch residents so desperately needed. And in mere minutes, a dreary and depressing nursing home became a place of tremendous jo"I love you all," shouted one elderly woman, a smile across her face. "We love you too," replied a UJA volunteer.

From the electicity-starved mountaintops, to San Juan's glittering Condado district, there has emerged a huge dichotomy in the recovery. In tourist centers across the capital city, you would never know about the human suffering just a few miles away. But the tourists have yet to return."It's very important that people come to Puerto Rico," said Jose Izquierdo, Executive Director of the state-run Puerto Rico Tourism Company.

Izquierdo has a fine line to walk, with much of the commonwealth - a land mass three times the size of Rhode Island - still without power, and even running water. However, with 82,000 jobs depending on the hospitality industry, Izquierdo's job is to convince you to come back now. In fact, if there's anything positive to emerge from the devastation, he says it's that hoteliers have had the chance to renovate, and buff up their products. Though the drumbeat of negative stories has kept tourists away, he says the time is now to return.

"We need your visits," he said. "We need people to see Puerto Rico, and I think they're going to get a really pleasant surprise."

Several organizations are still taking donations to help Puerto Rico recover. They include Oxfam, the Red Cross and the Salvation Army. 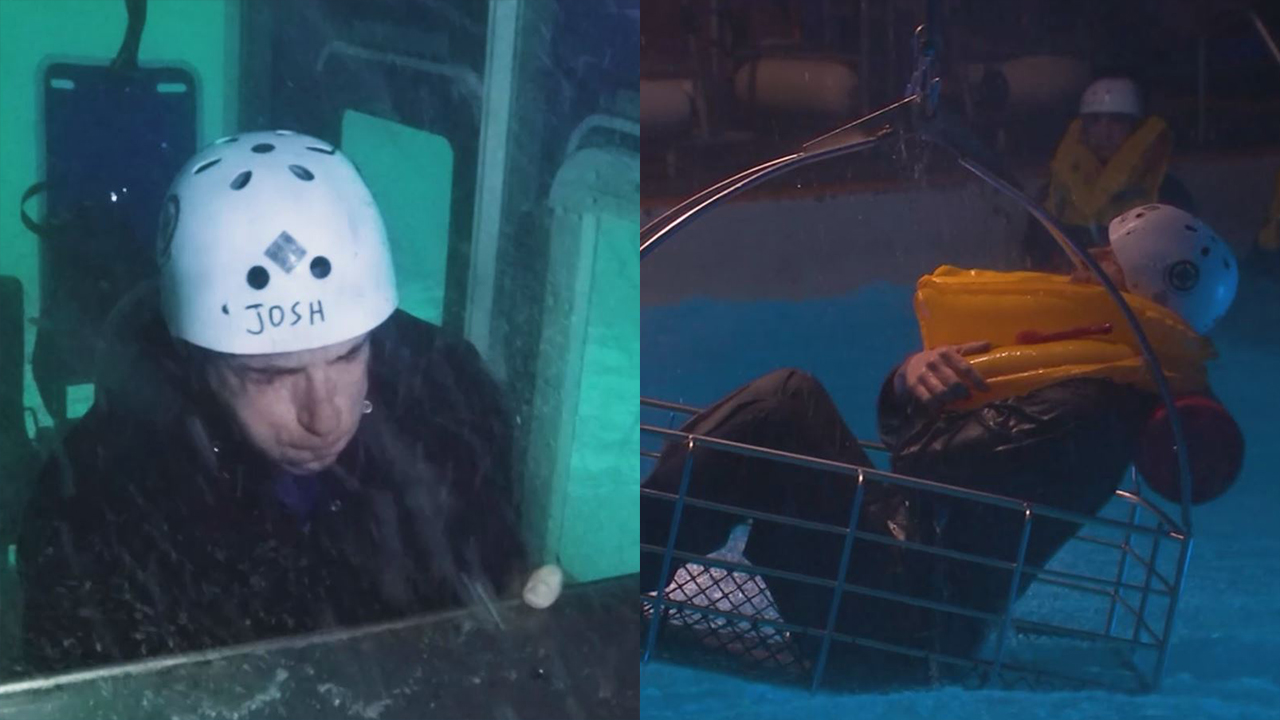 EXCLUSIVE: Could you survive an aircraft crash? 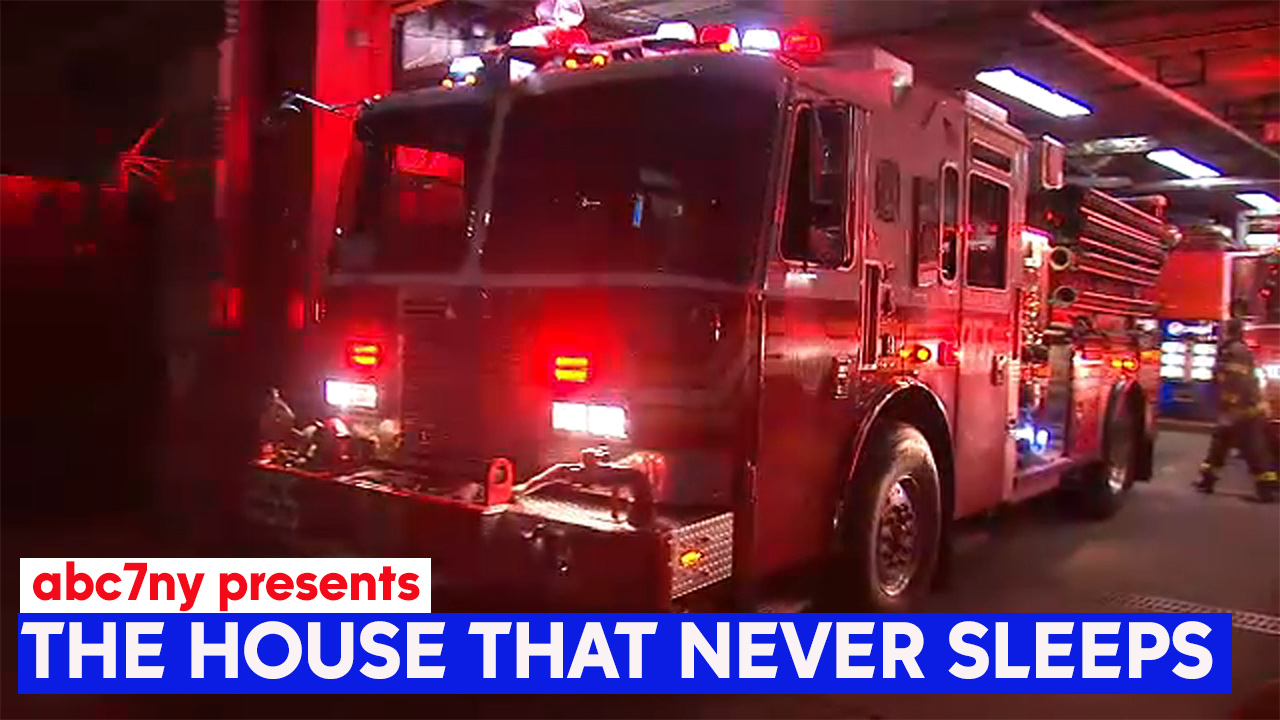