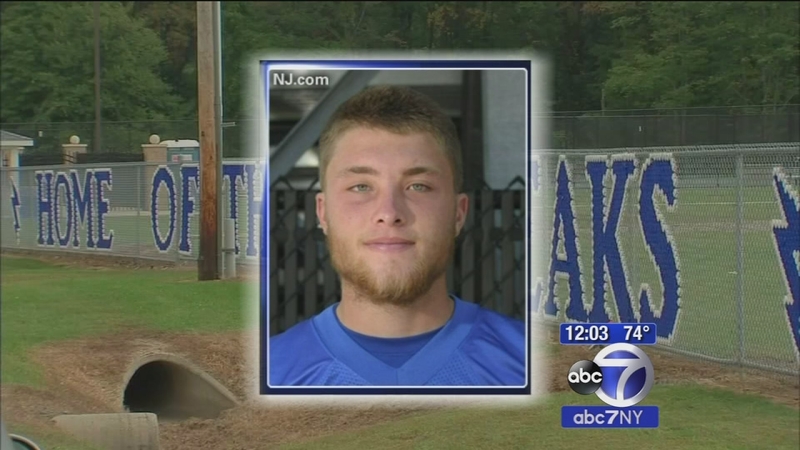 WASHINGTON, N.J. (WABC) -- Students returned to class Monday at the New Jersey high school where a star quarterback died after suffering an injury on the field.

Bowen said more than 30 grief counselors were available Monday to talk with students and staff. "The kids are doing wonderfully, we did have a great number come in a state of grief, an emotional state but we were fully prepared," said Bowen.

Coaches, students and community members gathered at the school's football field on Saturday for a memorial. Teammates left flowers on the field.

The growing memorial included a note from Murray's girlfriend, saying "Losing you last night was the most devastating thing I have ever endured. I will love you forever."

People who attended the game said Murray walked off the field under his own power after taking a hit in the backfield, then apparently collapsed a short time later. Students attending the game said the senior quarterback appeared woozy after taking the sack.

He was taken to the hospital where he died.

A cause of death has not yet been determined.

Members of the school community said they were shocked by Murray's death.

"I can't comprehend what happened," said one parent.

A gofundme.com page has already been set up. It says Murray took a hit during the game that sent him to the hospital immediately. "Evan was always doing something to give back to his community. Please help us while we help the Murray family in their time of need. Donating anything with help!" it says.

Our deepest condolences go out to the family and friends of Evan Murray.

On behalf of all the people of New Jersey, Mary Pat and I send our heartfelt thoughts and prayers to the Murray family on the loss of Evan.