Teen suspect turns self in for girl's shooting in Jamaica, Queens 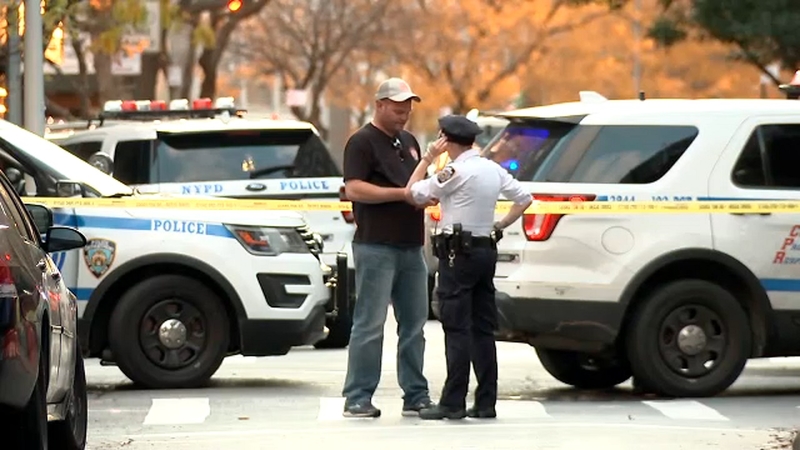 Teen suspect turns self in for NYC girl's shooting

JAMAICA, Queens (WABC) -- A teenage boy turned himself in to the police in Queens Tuesday morning in connection with the shooting of a 16-year-old girl.

The incident was reported in front of New Dawn Charter High School at 89th Avenue and 161st Street around 4 p.m. Monday.

He was taken to the police precinct for questioning and charged with an unrelated robbery.

The boy is among multiple people being questioned, as investigators try to determine if there is a connection between that shooting and the killing of a boy playing basketball over the weekend.

"That's my friend. I cared about her. I took off my sweater to stop the blood," said Ry Pawar, a student.

Pawar had just left class Monday when he saw a fellow student get jumped, right outside the school, and then he heard the gunshots.

"It was two gunshots. She got shot in her left shoulder," he said.

Sources say the intended target was a student at the school who was at the shooting at a nearby basketball court in Queens on Saturday.

Police say they are investigating whether the shooting might be linked to that of 14-year-old Aamir Griffin on Saturday.

Police believe the shootings are the result of an ongoing gang dispute between groups in Jamaica.

"The Griffin Family will allow our tragedy to turn in to triumph and we want all of our supporters to know that we are in need of emotional support more than anything."

Tiffany Griffin, Aamir's aunt, exclusively told Eyewitness News in part: "My nephew's dimpled smile will forever be missed. His grandmother's swollen eyes reveal her want to hear his basketball dribble in the backyard along with the rest of her grandsons. It is not fun to hear my sister's wailing cries for her son, nor is it pleasurable to see her not wanting to leave the same court where her son was killed."