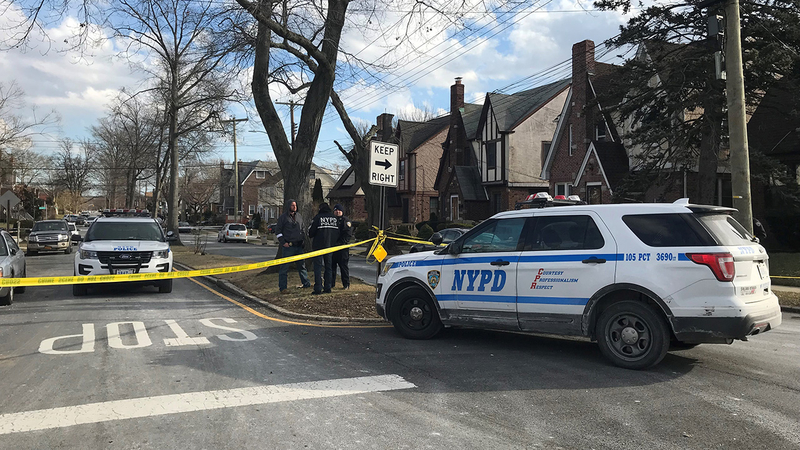 LAURELTON, Queens (WABC) -- A retired New York City correction officer shot a man who was breaking into a car in Queens Wednesday, according to police.

Responding officers found a man with a gunshot wound to the head.

He was taken to Jamaica Hospital in critical condition, and police say he is not likely to survive.

Authorities say the retired officer observed two men attempting to break into a Lexus SUV and attempted to stop them.

One of the suspects reportedly struck him in the face with a firearm, at which point authorities say the retired officer took out his own gun and shot the man in the face.

The second suspect fled the scene, and authorities took him into custody a short time later after Emergency Services officers used a battering ram to break down the door of a nearby home.

The 58-year-old retired officer was also taken to Jamaica Hospital to be treated for minor injuries.