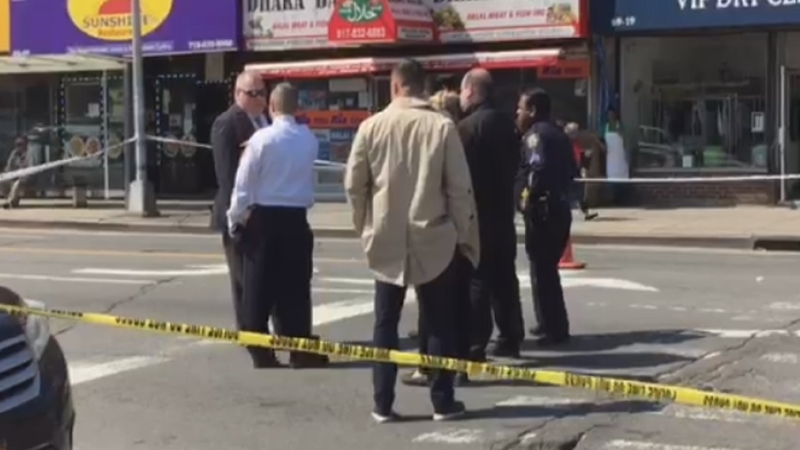 JACKSON HEIGHTS, Queens (WABC) -- An elderly man is facing charges after police say he struck and killed a nine-year-old boy in Queens.

Police say Juan Jimenez, 86, was turning a corner at 70th Street and Northern Boulevard when he struck Giovanni Ampuero, who was walking with his mother.

Eyewitnesses say Jimenez kept going, but bystanders stopped him and held him until police arrived.

Ampuero was rushed to Elmhurst Hospital where he later died.

Jimenez is charged with leaving the scene of an accident, failure to yield and failure to exercise due care.