Over 100 workers evacuated after large crack discovered in Queens building 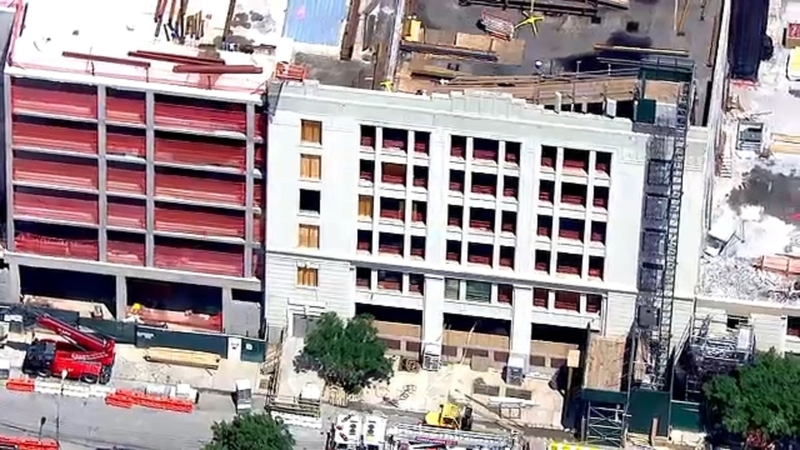 Over 100 workers evacuated after large crack discovered in Queens building

LONG ISLAND CITY, Queens (WABC) -- Over a hundred workers were evacuated after a large crack was discovered on a building in Queens.

Just before 1 p.m. Monday, FDNY responded to the building on 45-18 Court Sq. in Long Island City for the large crack on the top floor of a six-story building.

The building is currently under construction.

Officials say 125 workers were evacuated, and buildings adjacent to the location were also evacuated. Around 3 p.m., workers were being allowed back into the building.

DOB engineers and inspectors have preliminarily determined that while work was ongoing to cast a new concrete column at the 6th floor of the building, the pressure from the concrete pour caused the existing facade of the building to bulge outward approximately 1.5 inches.

As a result, DOB has issued an emergency order for the contractor to perform shoring and bracing work on the building, under the supervision of a Professional Engineer. This work has already begun.

A violation was also issued to the contractor and a Full Stop Work Order at the site, stopping all work other than the emergency shoring in the building.