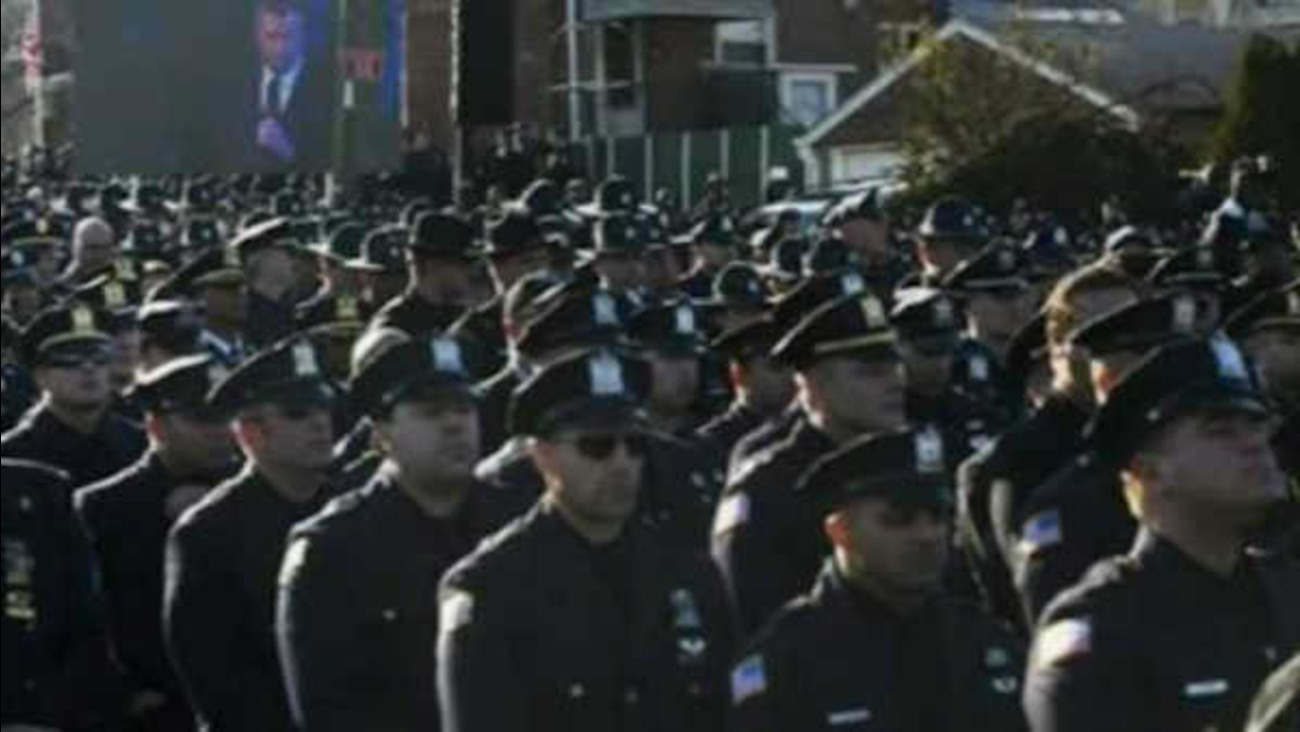 The poll was released Thursday by Quinnipiac University, and 69 percent said they disapproved of the police action. Seventy-seven percent said relations between the mayor and police are "generally bad," and they split the blame about evenly between de Blasio and the police.

New Yorkers also didn't like a comment by police union leader Patrick Lynch that the mayor had "blood on his hands" after officers Rafael Ramos and Wenjian Liu were killed Dec. 20.

"I fight for and speak for the police officers of the city of New York, and they are the only ones whose opinions I care about," Lynch said in response. "I don't do my job to make myself popular, I fight for what's right for my members."

The poll comes amid a rancorous time between police and the mayor that ramped up during protests over a Dec. 3 grand jury decision not to indict a police officer in the apparent chokehold death of Eric Garner and hit a fever pitch in the weeks since the officers were shot dead Dec. 20 by a mentally disturbed man who vowed online to kill two "pigs."

Lynch, who heads the powerful Patrolmen's Benevolent Association, said after the officers' deaths that de Blasio had encouraged anti-police sentiment and had "blood on his hands." At the funerals, thousands of officers turned their backs on the mayor.

Overall, 56 percent of New Yorkers approved of the way police are doing their jobs and about half approved of how de Blasio is handling crime. Fifty-six percent approved of the job Police Commissioner William Bratton was doing, up from his previous rating.

A spokesman for the mayor didn't address Thursday's poll specifically.

"The mayor is committed to keeping crime low, ensuring the brave men and women of the NYPD have the tools needed to keep them safe on the job, and bringing police and community closer together," spokesman Phil Walzak said.

In the past few days, the mayor has made a series of moves to align himself more closely with police. On Tuesday, he announced he'd veto a City Council bill that would make chokeholds illegal. The measure is opposed by the NYPD and was drafted after Garner's death in July. The practice is already banned by the NYPD.

And on Wednesday, de Blasio used his toughest rhetoric yet to condemn protesters who threaten to harm police. He said that some of the demonstrators "say really inappropriate, reprehensible things about our police officers - things that I think are actually quite sick, anything that suggests violence toward police."

According to the poll, only 18 percent had a favorable opinion of Lynch. The longtime union leader had no comment Thursday.

The poll results also come amid a burst of dissension within the union ranks and Lynch. At a union lunch this week in Queens, a shouting match broke out over Lynch's public battle with de Blasio, with some delegates suggesting his methods weren't effective. Lynch, 51, is seeking a fifth term in June at the union that represents 24,000 cops. No challenger has come forward.

De Blasio suggested that the dissension within the union meeting was because Lynch did not speak for all of his members, many of whom now want to "let their voices be heard."