Suspect in NYPD protest assault on Chief Monahan, other cops released without bail

Police identified the suspect who was granted supervised release as 25-year-old Quran Campbell. A second suspect, Banks Shaborn, also 25, was being held on $10,000 bail.

LOWER MANHATTAN (WABC) -- One of the two men arrested for attacking an NYPD lieutenant and NYPD Chief of Department Terence Monahan was released without bail Thursday night, with the judge granting him supervised release.

Police identified him as 25-year-old Quran Campbell. The second suspect, Banks Shaborn, also 25, was being held on $10,000 bail.

"Quran Campbell is captured on video for the nation to witness him viciously assault 3 cops in uniform - 1 who lost consciousness. Judge Robert Rosenthal's reckless decision to release Mr. Campbell WITHOUT BAIL endangers every NYer and the officers who risk it all to protect them," Monahan posted Friday morning on Twitter. "My thanks to the @ManhattanDA's Office for recognizing the seriousness and strength of this case by requesting $75,000 bail."

The attack happened on Wednesday, during what was supposed to be a peaceful protest on the Brooklyn Bridge.

Eight officers were injured during the protest.

The NYPD also arrested a woman seen dressed in red who allegedly ran up to officers who were in the middle of an arrest and started swinging a cane at them, causing injuries. Chief of Department Monahan was among the eight officers injured.

NewsCopter 7 was next to City Hall where those marchers stopped to hold a peaceful rally. 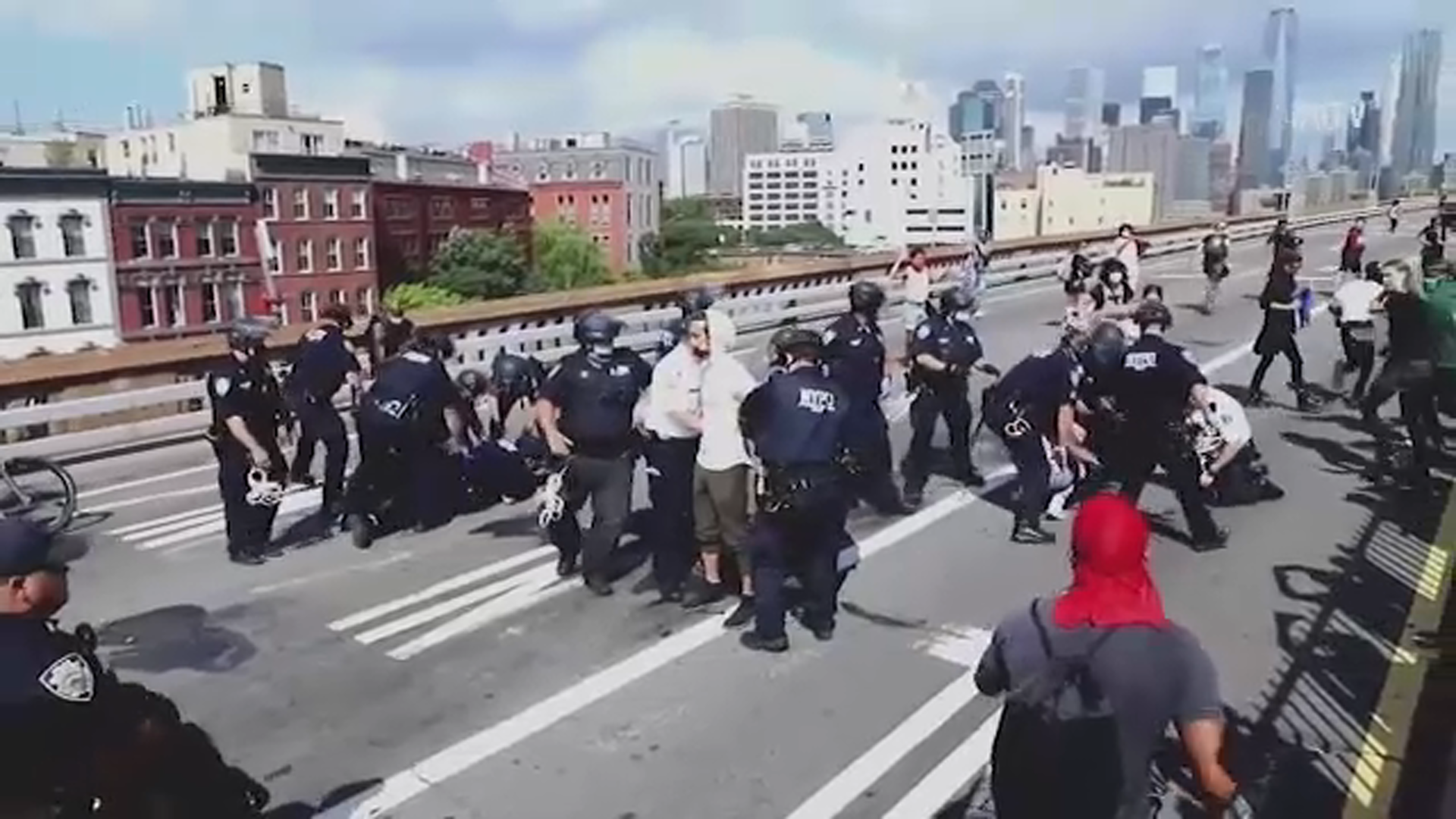