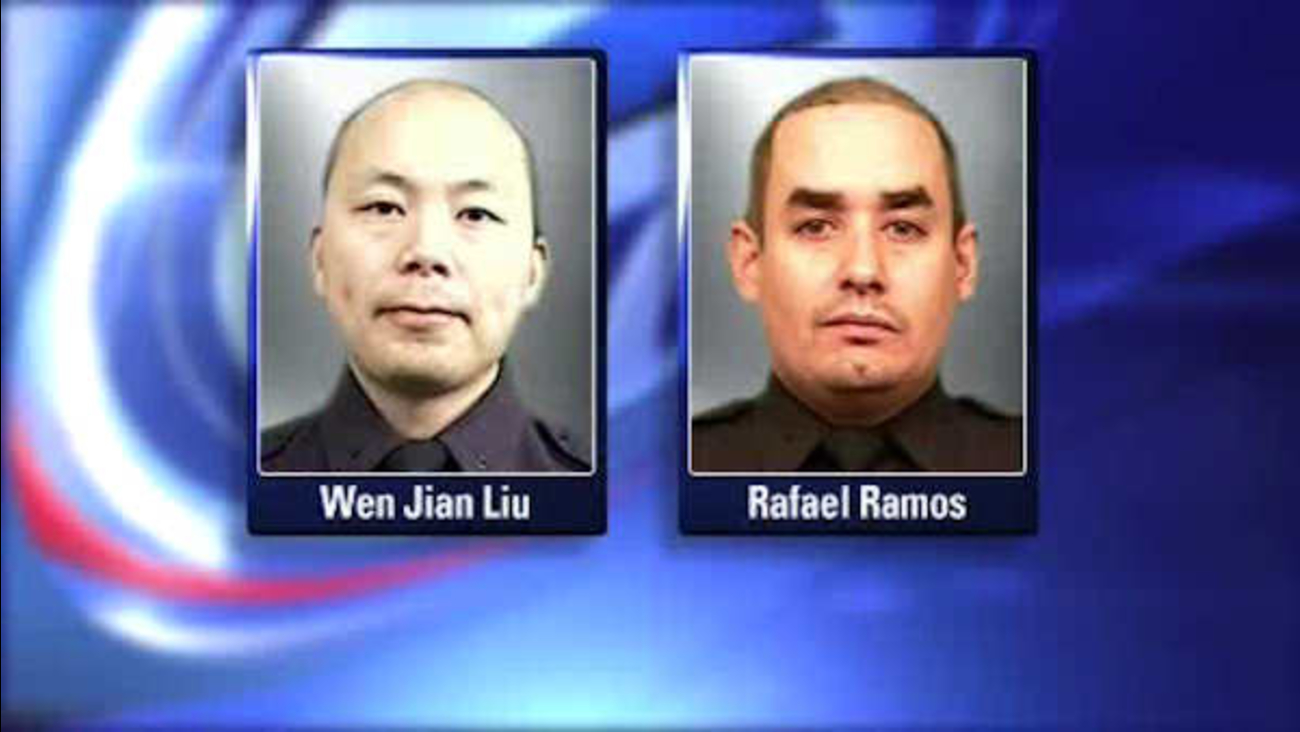 HOWARD BEACH (WABC) -- A special honor was posthumously bestowed on two fallen NYPD officers who were shot and killed in the line of duty last year.

Detectives Wenjian Lu and Rafael Ramos were among those honored at the Sergeants Benevolent Association's 106th annual Heroism Award Ceremony in Howard Beach.

Detectives Liu and Ramos were ambushed by a lone gunman as they sat in their patrol car in Brooklyn on December 20th.