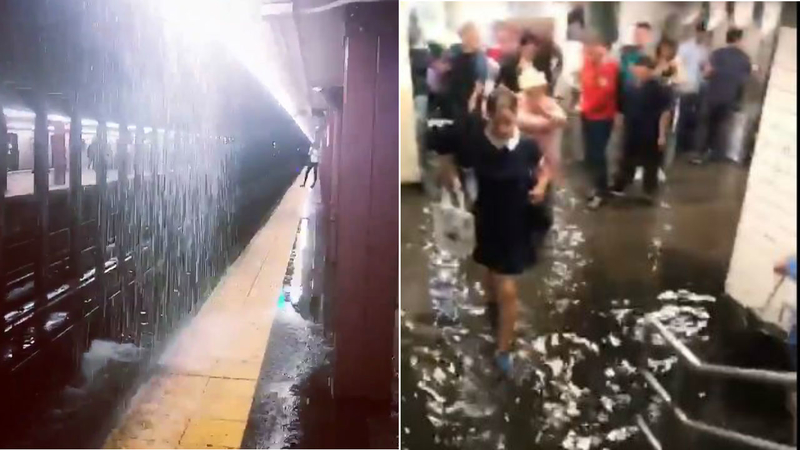 NEW YORK (WABC) -- When it rains, it pours in New York City -- and that apparently holds true for underground as well.

As showers and thunderstorms moved through the area Tuesday, a flash flood watch was in effect. Several photos and videos from viewers showed the impact of the remnants of Florence.

Flooding at the L train station in the East Village at 14th Street and 1st Avenue caused commuters to get their feet a little wet.

Video from Penn Station showed what appeared to be a waterfall of rain coming down while people waited for the next train.

Local southbound C and E trains ran on the express tracks during the downpour.

Drivers in Queens and Hoboken were also met with flooded streets:

The remnants of Florence will merge with another system pushing through the Northeast and mid-Atlantic with a cold front.

In addition to the rain, expect high rip currents along the New York City, Long Island and New Jersey beaches.