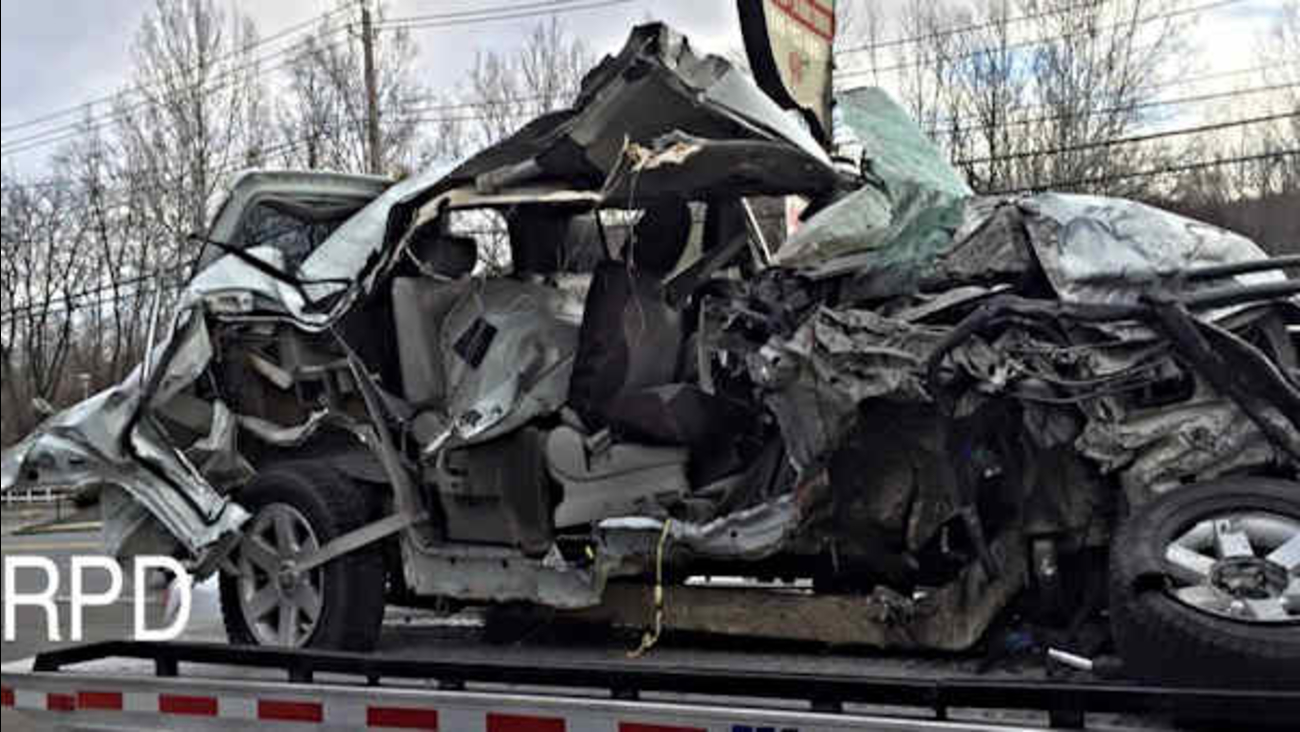 RAMAPO, N.Y. (WABC) -- Police have arrested the driver of an SUV who they say fled on foot after crashing head-on into a bus in Ramapo early Monday.

The incident happened just before 3 a.m. on Route 45, north of Williams Avenue.

Ramapo police responded to a call of a collision between a vehicle and an empty Coach passenger bus.

The bus driver sustained only minor injuries. Fearing the SUV driver may have been seriously injured, an extensive but unsuccessful search was done of the area.

Karna Roka, 32, of Garnerville, has since been taken into custody and charged with DWI. Other charges are pending, including leaving the scene of an accident and crossing double yellow line.

Authorities confirm that Roka crawled out of the vehicle and returned to his house, though he reportedly is not sure how he made it home. A few hours later, he turned himself in to the Haverstraw Police Department.

Ramapo police responded to pick him up and found he was in need of medical attention. He is currently being treated at Good Samaritan Hospital in Suffern for injuries he sustained in the accident.