The case of Ramarley Graham revisited 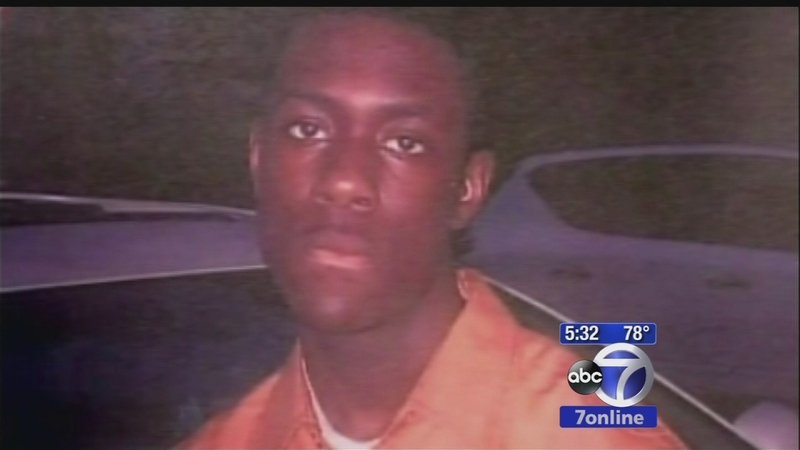 NEW YORK (WABC) -- The family of an unarmed teenager killed by police in the Bronx is calling for the federal government to push the case forward.

18-year old Ramarley Graham was shot to death inside his grandmother's home in 2012 by NYPD narcotics officers.

Graham's family is bringing thousands of petitions Wednesday to the U.S. Attorney's office in Manhattan, calling for a civil rights investigation.

It's been thirty months and counting since a police officer shot and killed the unarmed Bronx teenager.

Yet, Police Internal Affairs is STILL investigating. We've learned the lengthy investigation is now causing delays in court and keeping the family from getting answers.

In February 2012, video captured officers from a special narcotics unit chasing Ramarley Graham to his home in the Bronx. Police believed the teenager had a gun. They busted open his door. Seconds later, Officer Richard Haste fatally shot an un-armed Graham in the bathroom. A manslaughter indictment against Haste was tossed out on a technicality. A second grand jury declined to indict.

The grieving parents turned to the civil courts for justice, but our investigation has learned that effort is now being stalled by the NYPD's Internal Affairs Bureau, which is holding on to case files needed for the civil trial to go forward.

"The police are playing games. They're stalling, basically that's what they're doing, they're stalling so the case can't go forward," Constance Malcom, Ramarley's mother, said.

Just weeks ago, city attorneys filed this motion in federal court blaming the NYPD Internal Affairs Bureau's on-going investigation into the shooting for hampering their ability to mount a defense.

City attorneys say they needed more time because they neither have access to the investigative file nor can we (they) interview any of the officers who are subjects of the (police) investigation. The Judge granted the delay.

"When I hear those terms and those words, it really, really angers me," his father Franclot Graham said.

The parents say it defies logic that two-and-a-half years after their unarmed son was shot and killed in his home that Internal Affairs would still be investigating.

"We just want our day. We want to be heard, we want to know the facts of what happened," Franclot said.

Their attorney says it sure looks as though Internal Affairs is holding onto evidence files under the guise that they're still investigating a fairly cut-and-dry case 30 months later:

"It's not as if Internal Affairs Bureau is interviewing independent witnesses. They're interviewing their own officers that they have control over, that they can tell they be here on Thursday, we want to talk to you. And it's not a case of first impressions, we did have a grand jury convened on this matter. That means statements were made before," family attorney Royce Russell said.

The parents have also been waiting on the outcome of an investigation by the U.S. Attorney who a year ago promised to look into the shooting:

Reporter: Have you heard anything?
Parents: No, nothing.

The recent choke-hold death of Eric Garner has added to the despair of Ramarley Graham's parents who are desperate to get some accountability for their son's death.

"I just visited him at his gravesite (splice) I tell him that we're fighting, but we just feel like for some reason, it's a losing battle because nobody's listening to us," Franclot said.

Meanwhile, the U.S. Attorney's Office said its investigation is "ongoing."

NYPD Deputy Chief of Public Information Kim Royster said the incident is "currently before the NYPD's Firearms Review Board. As in all police-involved shootings, the department conducts a full and thorough internal review and a final determination is made when the full investigation is completed."

James Margolin, a spokesman for the U.S. Attorney's Office for the Southern District of New York, issued a statement Wednesday saying that his office has been communicating with Graham's mother's attorneys and will continue to.

"Last fall, this Office began an independent review of the evidence regarding the death of Ramarley Graham after the local authorities completed their investigation and ultimately were not able to bring any charges arising out of the shooting," the statement said.

The statement acknowledged that Margolin's office had received on Wednesday a letter from Graham's mother "and other materials, which we are reviewing."