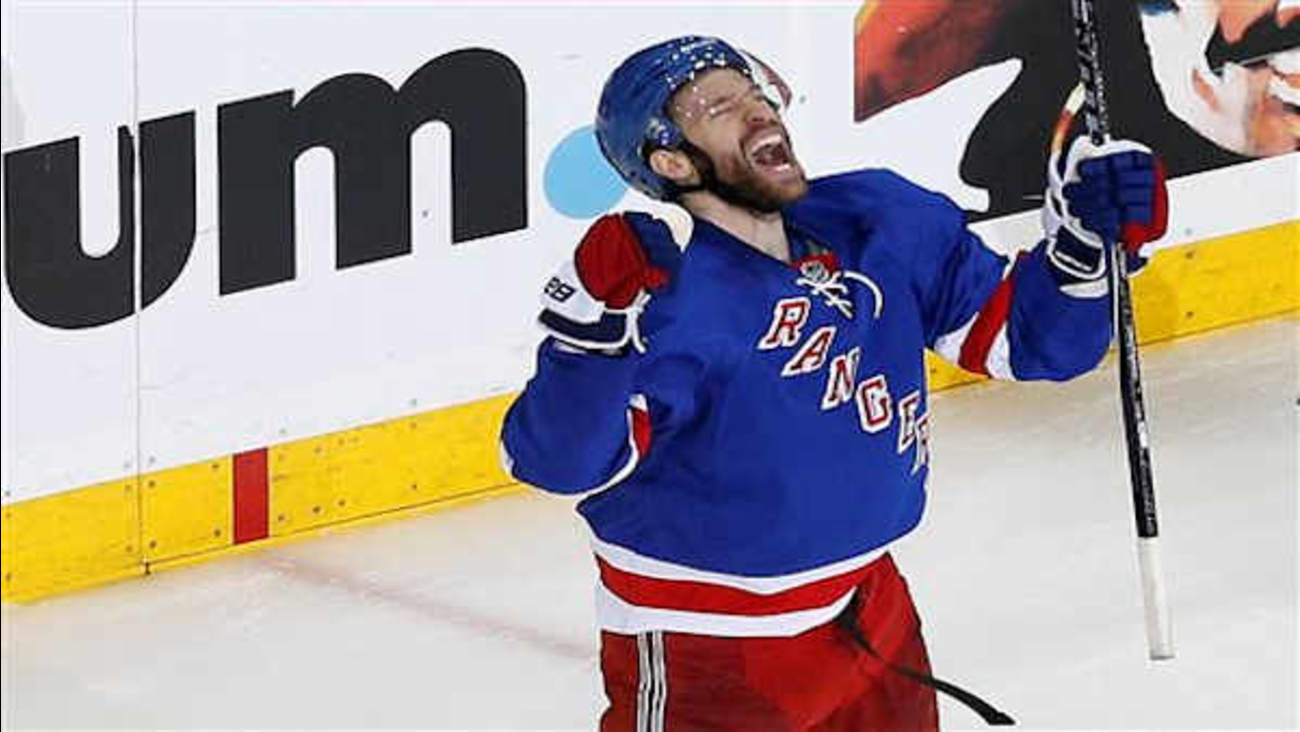 NEW YORK -- Dominic Moore scored with 2:25 to play and the New York Rangers defeated the Tampa Bay Lightning 2-1 in Game 1 of the Eastern Conference finals on Saturday.

The game-winning goal came just 30 seconds after Moore stepped out of the penalty box, and it capped another nail-biter for the Rangers, who have played 15 consecutive one-goal games in the postseason.

Derek Stepan, who scored the Game 7 winner against Washington on Wednesday night, also scored and Henrik Lundqvist made 23 saves.

Ondrej Palat tied the game on a power-play goal early in the third period. Ben Bishop had 28 saves for the Lightning in losing to New York for the first time in nine games.