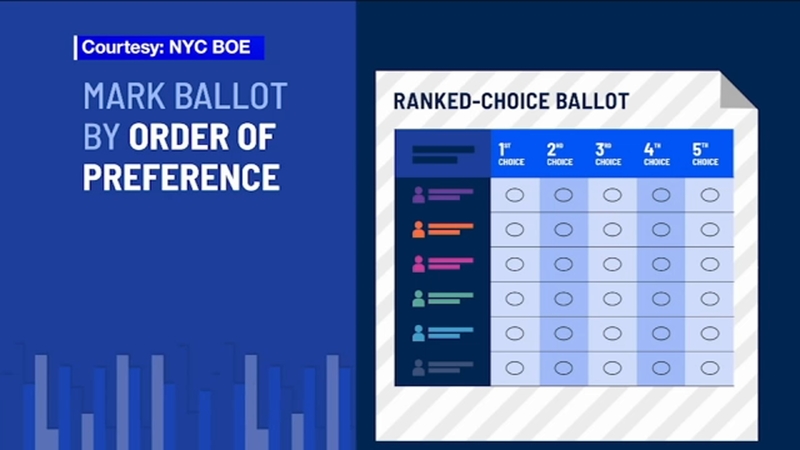 NEW YORK CITY (WABC) -- Officials will conduct their review of Ranked Choice Voting after it was used for the first time in a New York City election.

Ranked Choice Voting was used in the recent primary for New York City mayor, along with several other city elected offices.

It will continue to be used for primary and special elections for the offices of mayor, public advocate, comptroller, borough president and New York City Council.

Ranked choice voting allows voters to "rank" up to five candidates in order of preference instead of casting a vote for just one.

However, a voter may still opt to vote for just one candidate.