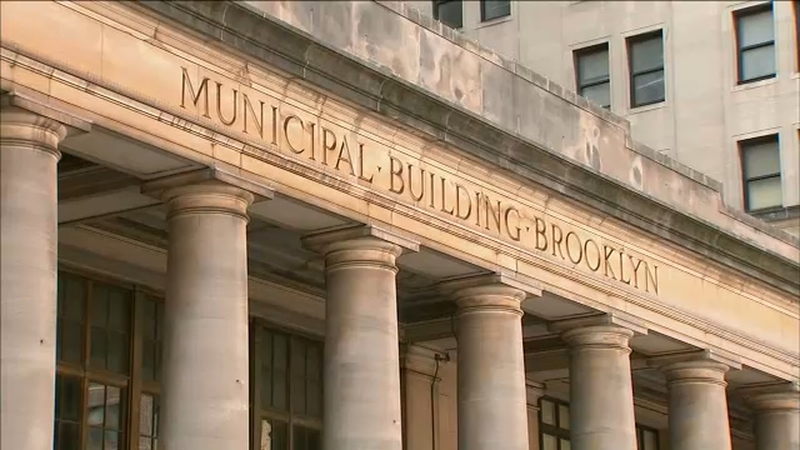 Brooklyn Municipal Building to be renamed for RBG

NEW YORK -- Mayor Bill de Blasio announced on Tuesday that the Brooklyn Municipal Building would be renamed in honor of the late Justice Ruth Bader Ginsburg.

"We want to make sure we honor her in every conceivable way and especially in the borough that she came from that gave her so much of her strength and spirit the borough of Brooklyn," Mayor de Blasio said. "What an extraordinary opportunity to say to the people of Brooklyn here's one of your own, who changed the world is someone of and buying for Brooklyn, and this city, who did the greatest things on the world stage, and that building will carry her name forevermore."

The mayor said the ceremony would be held over the coming weeks.

The mayor made the announcement alongside a photo of the building with a "Black Lives Matter" mural painted on the street in front of it.

"And that photo is evocative because I think if anyone would appreciate both the value of public service and what government does for our people, and at this moment in history, connected to a message of fairness and equality that you see there before you Black Lives Matter. I am certain justice, Ruth Bader Ginsburg would feel something very, very special," he said.

Upon news of the announcement, Brooklyn Borough President Eric Adams also released a statement:
"Justice Ruth Bader Ginsburg was a legal giant, a staunch advocate for gender equality, a fierce believer in the promise of our country, and a proud daughter of Brooklyn. Two years ago, we launched a campaign to recognize her countless contributions to our country by re-naming the Brooklyn Municipal Building after her. Today, I am glad to hear that the Mayor has heeded our call. With Justice Ginsburg's recent passing, this is a bittersweet moment. But I take heart in knowing that young girls and boys who pass by the Ruth Bader Ginsburg Brooklyn Municipal Building will know her name, learn from her example, and pick up the baton to run their own relay toward a more just, equitable, and fair America. All of us who looked up to her are grateful she is finally getting the posthumous recognition she deserves."

Mayor de Blasio added that the city will honor Ginsburg with her family present, "to thank her for all she did, and to remember all she did for the city and for this nation."

RELATED: Justice Ginsburg to lie in repose at SCOTUS building