The 55-year-old, who gained fame in the reality TV series "Mob Wives," died at 3:01 a.m. Thursday, according to a family spokesman, Vinnie Medugno.

Raiola was being treated at a Brooklyn hospital. Earlier, her VH1 Twitter page had denied premature reports of her death, calling them "totally inaccurate."

Raiola has been battling cancer since last March, when a lemon-size tumor was discovered and removed from her throat. In June, she underwent the same procedure for the right side of her throat as well.

In February, the family set up a GoFundMe page to help with Raiola's doctor fees, which raised more than $45,000 in two weeks.

Later in the month, Raiola revealed on "The Dr. Oz Show" that she had left her husband, Neil Murphy, as she continued her cancer battle.

"YOU (Her fans) were some of the most special people in her world, and she loved you immensely," said the statement. "Thank you for your love, prayers, and unconditional support of Angela right to the end." 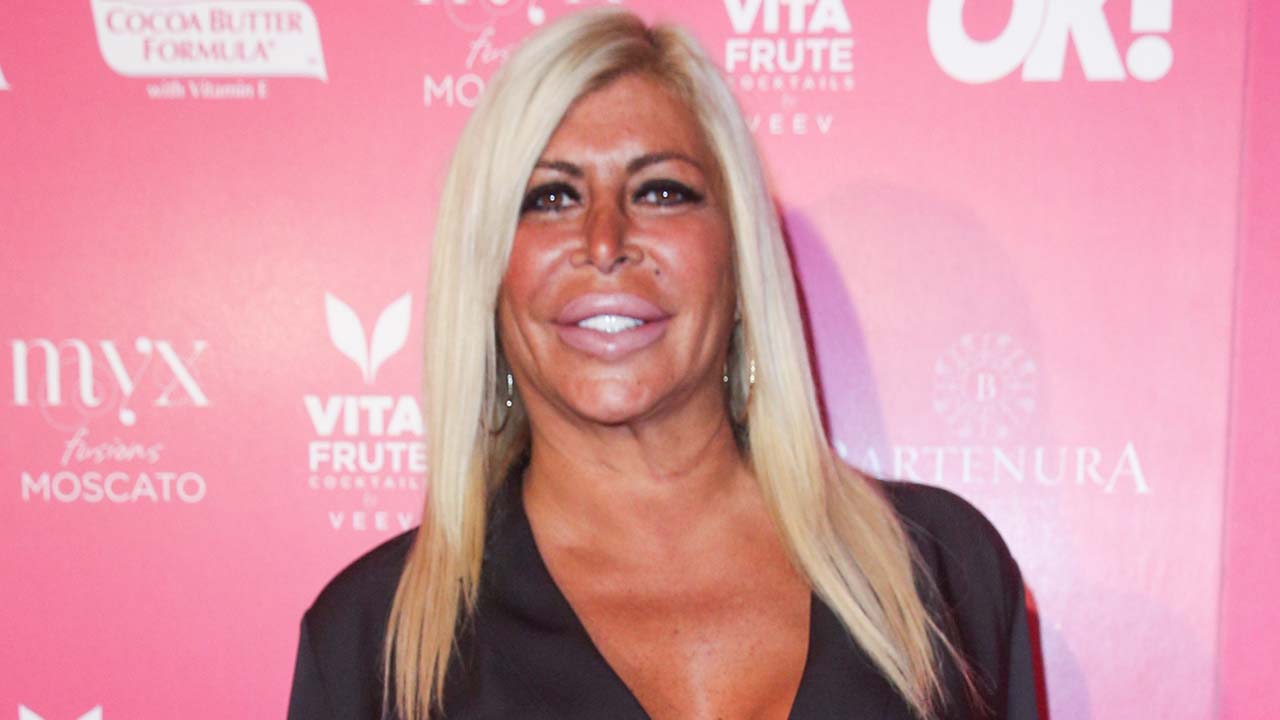 Even as she fought the disease, the native New Yorker remained the candid, colorful figure that viewers came to know on VH1's "Mob Wives" and her two sequels.

"You can call me Angela. I'll call you handsome," she told TV host Dr. Mehmet Oz during a pre-taped appearance that aired on his "Dr. Oz" show Feb. 16.

Raiola, nicknamed Big Ang for her nearly 6-foot height, told Oz she was trying to keep her spirits up as chemotherapy and radiation failed to check the disease. She had already undergone several surgeries, and her trademark flowing black hair was gone, replaced by a short, blond cut.

"I look at my kids and my grandchildren and I know how much they need me," said Raiola, who lived with her daughter Raquel's family on New York's Staten Island, where Raiola ran the Drunken Monkey bar.

She wasn't technically a mob wife: Raiola's inclusion on the cable show's second season in 2012 came courtesy of her uncle, the late Salvatore "Sally Dogs" Lombardi, a reputed captain of the Genovese crime family.

Raiola, known as a peacemaker when other cast members clashed, proved a standout. She starred in the spin-off "Big Ang" and its retooled version, "Miami Monkey," although both were short-lived. Family members including her son, Anthony, and her sister, Janine, were among those who joined in her TV fame.

A cigarette smoker for 40 years, Raiola said she stopped immediately after her first cancer diagnosis last year. Her doctors told her the disease was "positively" caused by smoking, she said, and she called for people to quit the habit or resist picking it up.

Her sister and brother-in-law were key members of her support team, Raiola told Oz, but she said her husband, Neil Murphy, was no longer part of her life.

Raiola will remain part of upcoming episodes of "Mob Wives," which wrapped production in January, producer Graziano said. The series finale airs March 9, with a reunion episode set for March 16.

Funeral arrangements for Raiola were pending.