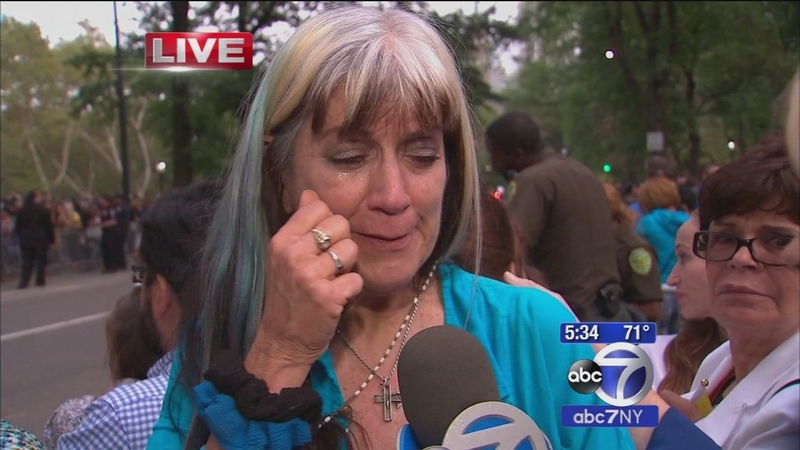 CENTRAL PARK, N.Y. (WABC) -- One woman had the spirit of the pope's presence overcome her so much that she broke down into tears on Friday. Pope Francis' short procession through Central Park in New York City was long enough to cause her to break down and rekindle her faith.

The woman, who was at ground zero during 9/11, described how she began to lose faith after witnessing such terrible atrocities on mankind. But seeing the pope for just a short moment caused her to have a strong emotional reaction.

"This is the first time ever in the last 14 years that I actually believe we really do have a chance," she said choking through her tears and holding the cross necklace that has hung around her neck every day for the last 14 years.

The woman's raw emotion can be seen in the clip above.

The woman's reaction even surprised Eyewitness News anchor Diana Williams, who had seen such emotions when the pope visited other cities, such as Mexico city, but never expected someone to become so overcome with emotion in New York.

The woman could not stop crying even after speaking with Williams.

Pope Francis' procession through Central Park was very quick and did not allow for the pope to make close contact with the crowd, which was held back by a fence.