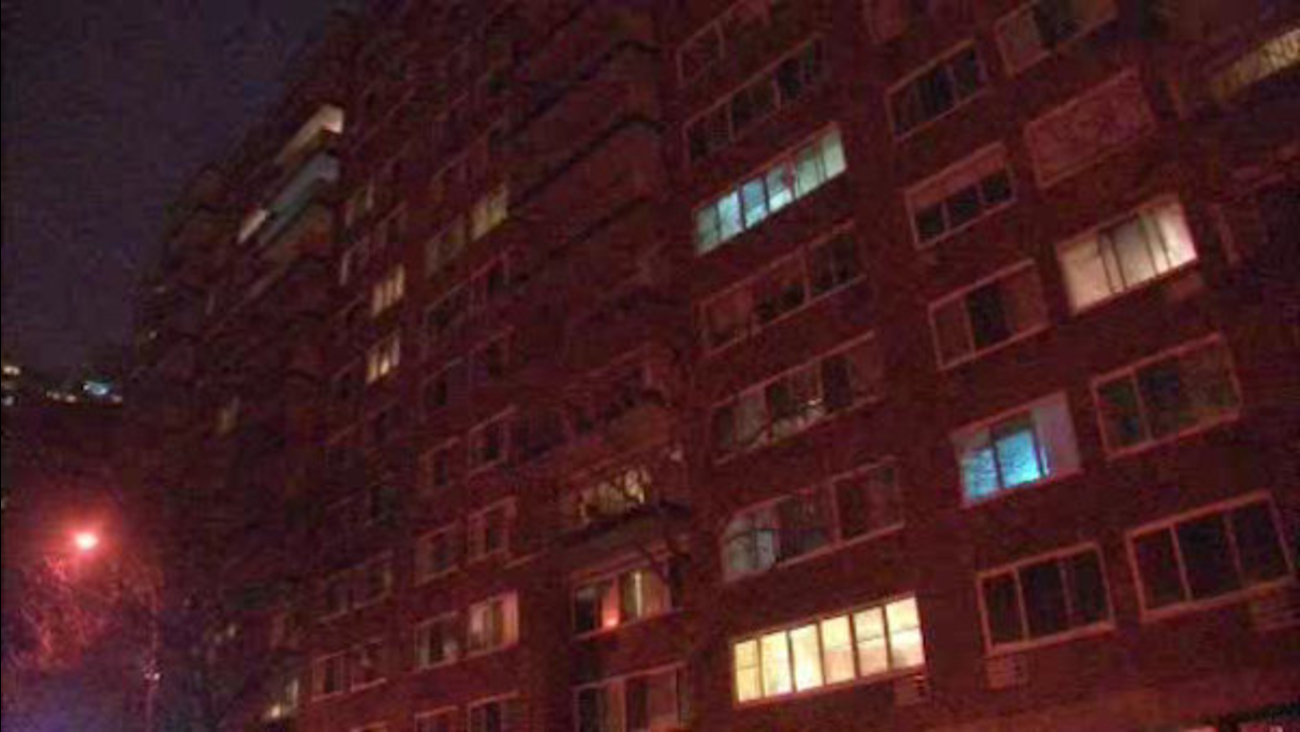 Since the gym was added last year, it's been free to market-rate residents but off-limits to rent-stabilized tenants. (WABC)

NEW YORK -- An apartment house where only high-paying tenants can use the gym may be illegally discriminating, city officials said this week amid debate over luxury buildings that provide fewer amenities - or even separate doors - for residents of affordable apartments.

The company that owns the building on Manhattan's Upper West Side said Friday it was trying to work out a solution to the dispute. Since the gym was added last year, it's been free to market-rate residents but off-limits to rent-stabilized tenants.

After the tenants' association president complained that it smacked of second-class citizenship, the city Human Rights Commission said in a notice Thursday that there was enough evidence of age discrimination to merit an administrative trial. The rent-regulated tenants at the Stonehenge Village complex are largely over 65, while market-rate tenants aren't, according to the complaint.

The tenant president, Jean Green Dorsey, said she's hopeful the landlord will now let rent-stabilized tenants pay a reasonable fee to use the gym and have it continue to be free for their higher-rent neighbors. Green Dorsey said tenants previously offered to do that but were rebuffed, spurring her complaint.

"You really shouldn't have to do all this to live a happy life," said Green Dorsey, 75, who has lived in the complex since 1972.

The landlord, Stonehenge Partners Inc., said in a statement Friday that it was seeking "an amicable resolution to the issue" and had made various proposals, which it declined to detail.

The company has said the gym was built to entice market-rate tenants, and the distinction wasn't based on age. While city law prohibits discrimination based on age, it's silent on the subject of rent-regulation status.

The building's courtyard and some other amenities are open to all residents, and stabilized tenants get valuable benefits of their own, like lower rent, Stonehenge Partners lawyer Jerrold Goldberg noted in a rights commission filing last year. Stabilized tenants occupy about 60 percent of the over 400 apartments, sometimes paying about a quarter of the market rate, though pricier apartments often have snazzier features.

Stonehenge Village is among several New York buildings that have spurred an outcry over separate entrances for lower-paying residents - dubbed "poor doors" - or playrooms, roof decks and other plums reserved for market-raters.

"This will send a clear message: This is really just unacceptable," she said by phone.

Green Dorsey, meanwhile, says she's eager to get into the gym.