WABC
By Eyewitness News
LOWER MANHATTAN (WABC) -- The Wall Street Charging Bull is being fixed Wednesday after it was damaged back in early September.

"Polich Tallix has a working relationship with Arturo di Modica and have completed some previous pieces for him in the past," Polich Tallix said in a statement. "Since the repairs are happening now, the exact time it will take to be fixed is not entirely confirmed."

Di Modica has been taking a hands-on role in repairing his prized creation.

The bull was damaged in two separate incidents, most recently by people taking part in a climate change protest.

Previously, a man was arrested on September 7 after damaging the bull with a metal object.

Tevon Varlack, 42, was charged after authorities say he left several dents and a hole in one of the horns.
He was charged with criminal mischief, criminal possession of a weapon, and disorderly conduct.

The iconic statue has been in the spot on Broadway for nearly 30 years and from time to time, vandals have targeted the 7,000 pound animal, but nothing like the September incident.

Witnesses said Varlack was screaming about God and President Trump.

The sculptor, di Modica, had a message for the suspect, sayng don't pick on the bull, have the guts and strength to go and talk with the president instead. "The bull is for the world, for everyone, even for you," said di Modica. "That's what I want to say."

The section the team is working on is thick, about half an inch. Other parts of the bronze sculpture are only about 1/4 inches thick.

"We cut out the bad part, and over on the cobblestones we pounded it back into shape," said Peter Ross of UAP. 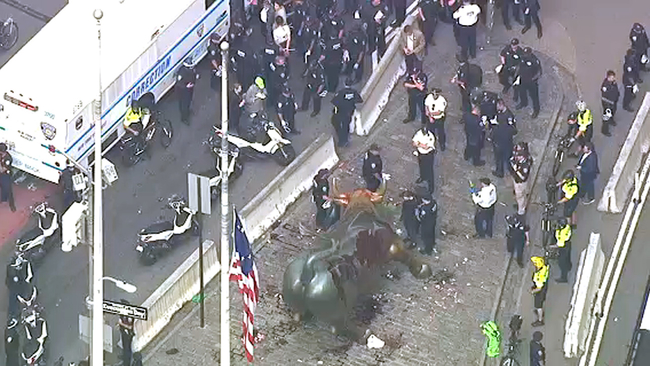 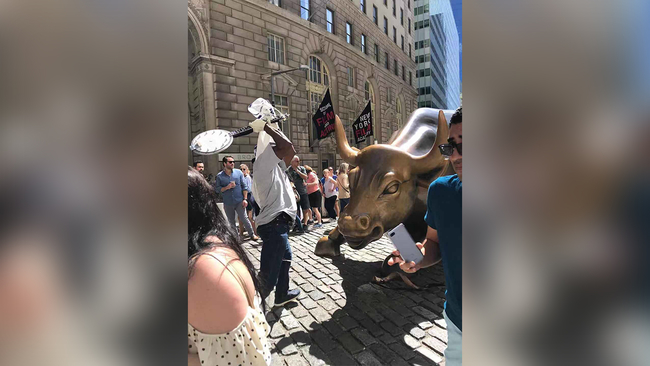