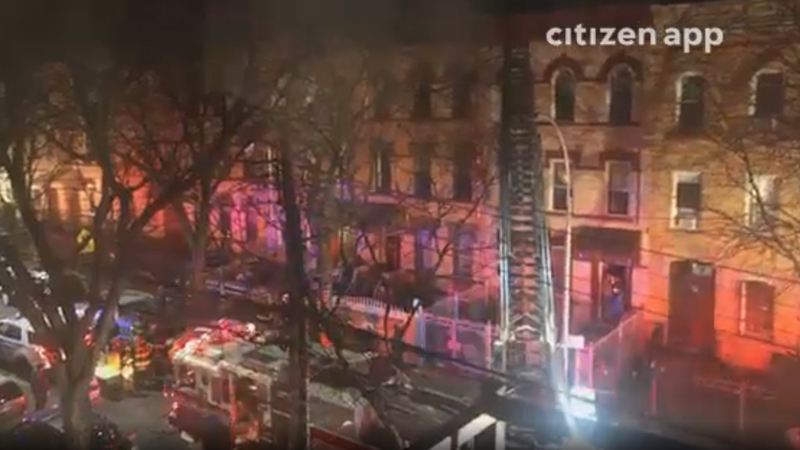 RIDGEWOOD, Queens (WABC) -- Ten people were hurt when a fire broke out in a Queens row home early Wednesday morning and quickly tore through the structure.

The flames broke out inside the basement of the home on Menahan Street in Ridgewood around 5 a.m.

Firefighters were forced to break the windows as smoke billowed through the building.

"The smoke, the smoke was a lot," landlord Jamie Arroyo said.

Arroyo said the smoke got out of control when he went into the basement to check on a malfunctioning boiler.

He initially tried to put the fire out, but instead, he only made it worse.

"I open up the boiler room and I see a little smoke there, a little fire there, so what I did, I took water and I threw a little water on top of it," he said. "And it was a little explosion there. And then the fire started, so what I did was I started running up and yelling, 'Fire fire, everybody out, everybody out.'"

The 20 people living in the building were forced to evacuate quickly.

Ten people were hospitalized, including children, mostly for smoke inhalation.

None of the injuries is believed to be life threatening.