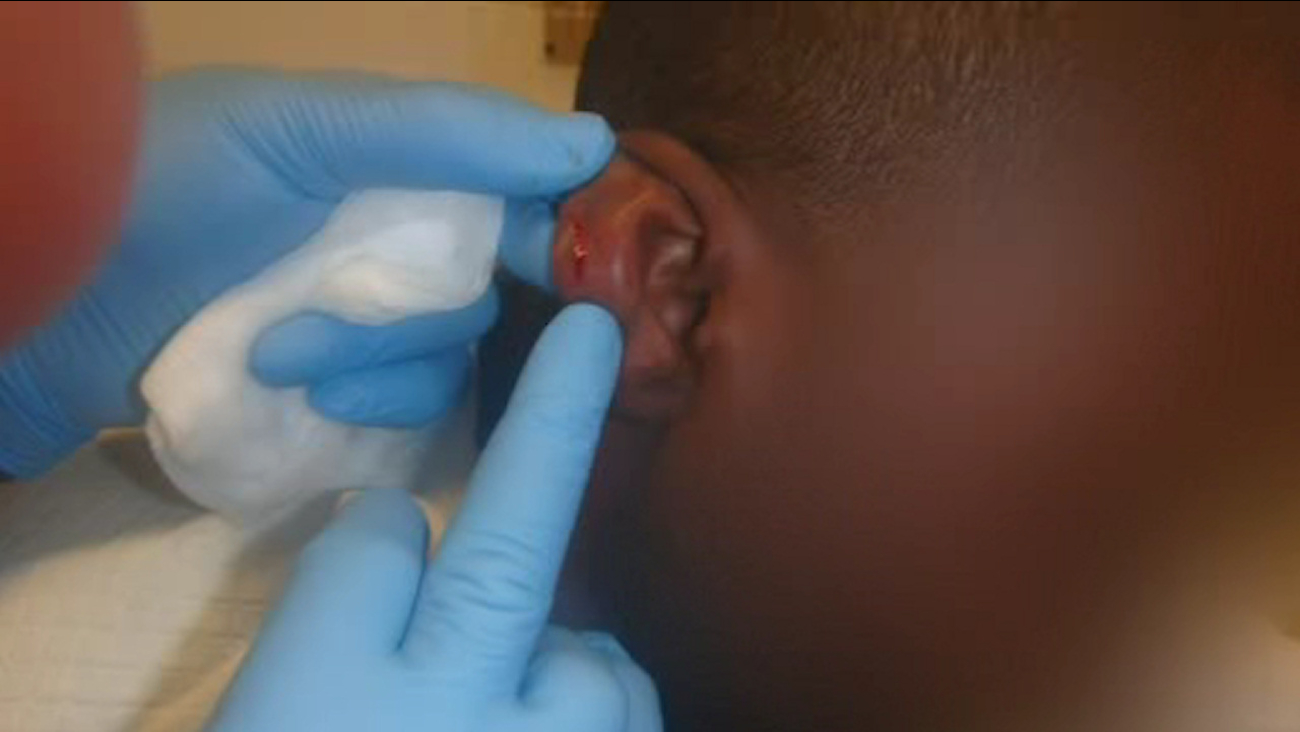 NEW YORK (WABC) -- A correction officer at Rikers Island is recovering after being slashed by an inmate.

Investigators say the officer was slashed on the ear Friday afternoon by an inmate who refused to take off unauthorized footwear.

Union officials say the inmate, a known gang member, then tried to hide the blade inside his body.

The blade set off metal detectors.