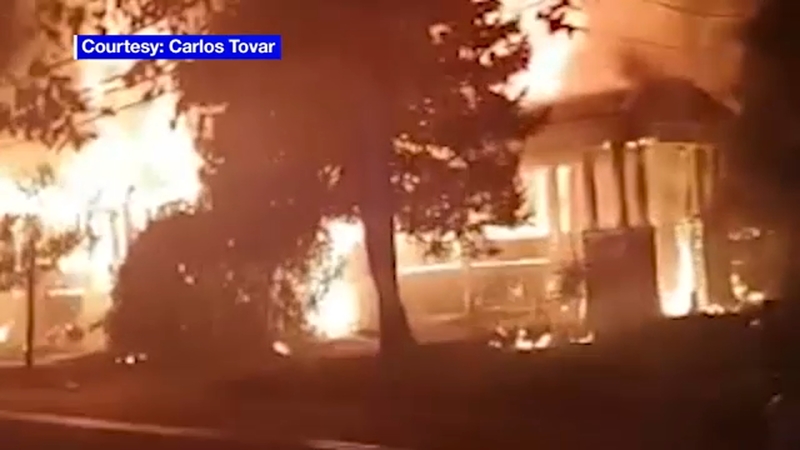 They were killed when flames tore through their home in Riverhead.

The fire broke out around 10:30 p.m. Tuesday in the large home turned into apartments.

Firefighters arrived at the home on East 2nd Street to find fire shooting through the roof after an eyewitness walking his dog called 911.

Multiple people have died in a large house fire in Riverhead, Suffolk County.

Close friends identified two of the victims as Douglas Rivera and his aunt Sonia.

Douglas moved here from Guatemala and worked in construction.

Friends say Douglas' brother was also killed in the fire, as well as Sonia's two children, including her 15-year-old daughter.

Officials say the fire appears to have been accidental.

There were no working smoke detectors in the home.

Anthony Johnson has the latest on a New Jersey mother accused of killing her two children.