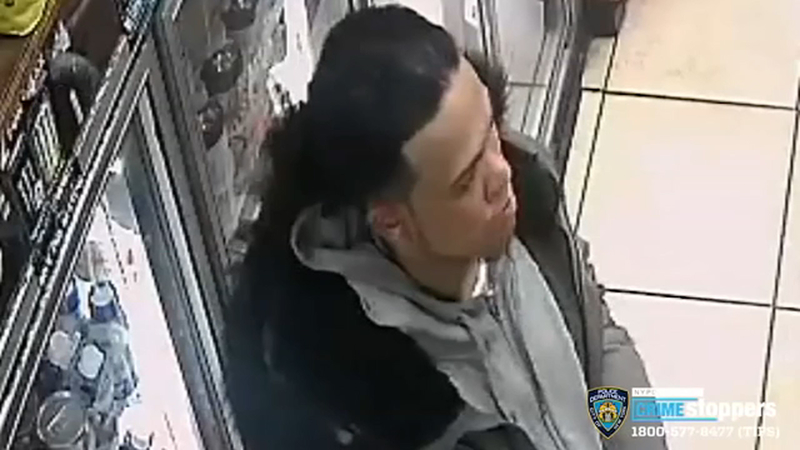 KINGSBRIDGE HEIGHTS, Bronx (WABC) -- A 74-year-old man was brutally attacked and robbed by two men while walking in the Bronx Monday, and authorities are hoping surveillance video will lead to arrests.

The incident happened around 5:40 a.m. on the corner of West 230th Street and Heath Avenue in Kingsbridge Heights, on stairs that cut through the victim's building complex.

Roberto Collado spoke exclusively to Eyewitness News, saying he was on his way to work as a school bus aide when he was approached by two men brandishing a gun.

"They say, 'Give me the money,' and the other touches my pocket and took my wallet," he said.

Authorities say the men demanded money, and one suspect proceeded to punch him in the face twice as the other suspect forcibly stole his wallet and cellphone. They also demanded his PIN number and immediately withdrew $1,000 from an ATM.

Collado says they also tried to withdraw smaller amounts five times, but that he had already contacted his bank, so the transactions were denied.

"They take my money, they take all my documents, my phone," he said. "I am a worker, you know, I don't deserve that."

He sustained minor injuries and refused medical attention, but he says he's afraid it will happen again and has changed his route to work.

"I worry about this," he said. "I believe this is not going to happen too soon, but I am mentally preparing for another occasion."

Police describe one of the suspects as a 30-year-old Hispanic male with a light complexion, approximately 5-foot- and 160 pounds with long black hair in a ponytail.

The other individual is described as a black male approximately 5-foot-9 and 160 pounds. He was last seen wearing a black hooded sweatshirt, camouflage jacket, green skull cap, black sneakers and black sweatpants with a white stripe down the side of the legs and a picture of a skull on the front of the left leg.

Anyone with information is asked to call the NYPD's Crime Stoppers Hotline at 1-800-577-TIPS (8477) or for Spanish, 1-888-57-PISTA (74782). The public can also submit their tips by logging onto the CrimeStoppers website WWW.NYPDCRIMESTOPPERS.COM, or on Twitter @ NYPDTips.