Stacey Sager has other NYC reaction to the Robin Williams Death.

Was his comic and artistic genius spurred at least in part by the demons he battled?

Many are asking that question, including folks in New York and at Juilliard where Williams got his acting start.

"You will need to savor words and language, no matter what anybody tells you, words and ideas can change the world," Robin Williams said in "Dead Poets Society".

Those who worked with him, and met him even in the smallest sense, know Robin Williams' ideas changed them.

"I think the great loss is, of goodness and decency," said Steve Haft, the producer of "Dead Poets Society".

Steven Haft produced "Dead Poets Society", one of the break-out dramatic roles for Williams, the film ironically about so many things Williams embodied, making a difference.

"Remember, there's a suicide in that movie. There's a huge moment in that film where Robin wrestles with his contribution to the loss of someone. There's a terrible irony in that," Haft said.

There's no doubt Williams will be remembered as a comic genius, from Mork to Shakespeare as John Wayne.

But at the Juilliard School on the Upper West Side, Robin Williams brought it all and continued to give back. There's a full scholarship in his name since 1999.

"And then there were many students but particularly Jessica Chastain, who's having a major career now, she was a recipient and she's always been very appreciative of that," said Dr. Joseph Polisi, The Juilliard School President.

There were the comics he popped in on at local clubs.

"He was actually walking up to the club and I was like, 'Oh my God, there's Robin Williams'. I was like, 'Did you just ask me how the crowd was?'" said Jodie Wasserman, a "Stand Up NY" Comic.

But above all, there was his heart and his brilliance.

"It entertained us, but I think at times, it tortured him," Haft said.

So much emotion is undoubtedly his legacy and an inspiration.

During his time at Juilliard, Williams was roommates with the late Christopher Reeve. He also received an honorary Doctor of Fine Arts degree in 1991 from Juilliard.

You can read more about Williams' time at Julliard in an "Ask Me Anything" on Reddit. He was taking the questions from fans to promote his new show "The Crazy Ones" 10 months ago, which ultimately got canceled. 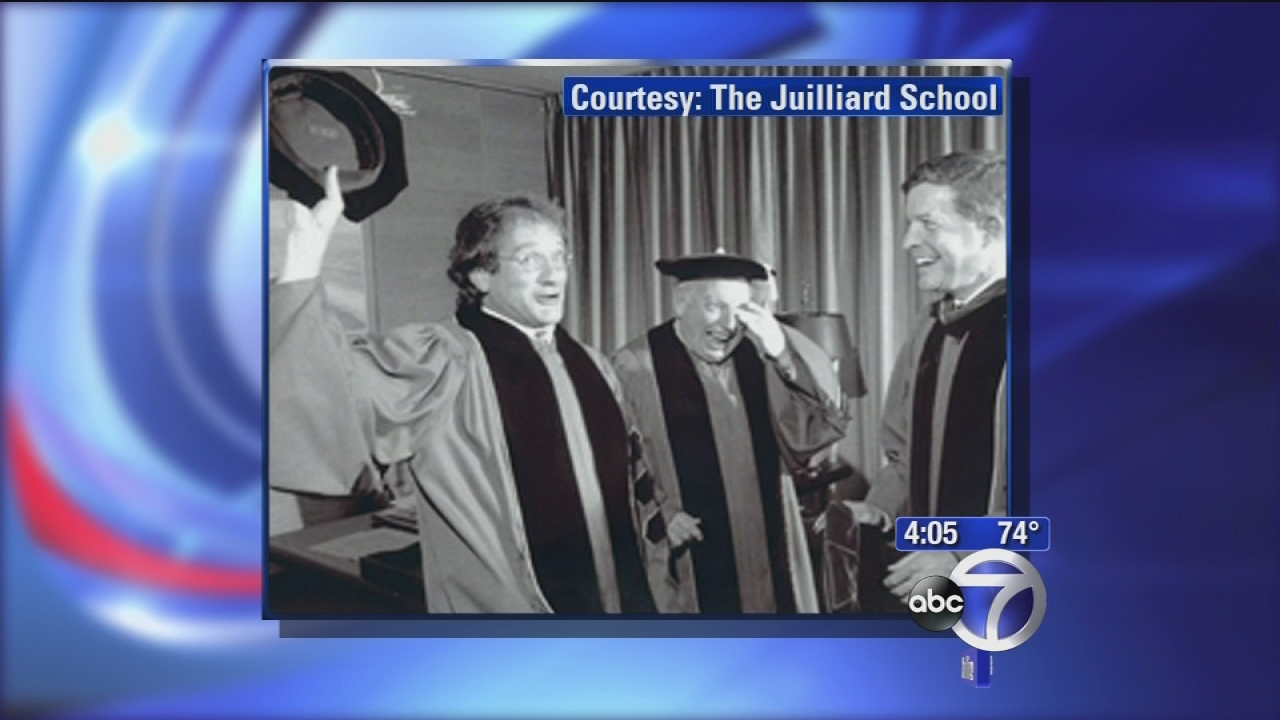