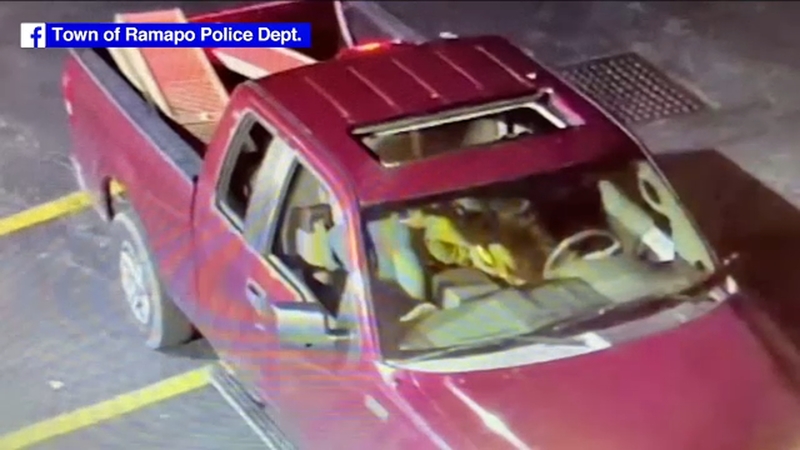 Man arrested after allegedly shooting some 20 parked cars in Rockland

VILLAGE OF AIRMONT, Rockland County (WABC) -- A man has been arrested after police say he was caught on surveillance video shooting a pellet gun at several vehicles in Rockland County.

Ramapo police say the 22-year-old from Suffern was seen randomly shooting out of the windows of his parked car with a pellet gun on Friday in the Village of Airmont.

Witnesses told police that the man was driving a red pick-up truck and was shooting out of his window at parked cars.

About 20 cars were damaged and two storefront windows had also been shot out.

With the assistance of Clarkstown Police Department, the vehicle and driver were both located.

The arrested party was arraigned and released on his own recognizance.

He is due to appear in the Villages of Airmont and Chestnut Ridge Justice Courts as well as the Town of Ramapo Justice Court at later dates this month.